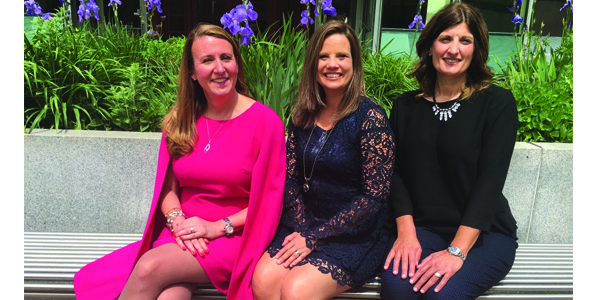 The event provided a glimpse into the Most Influential Women program’s history, recognized past recipients of the award and announced the 2017 recipients.

WIN gives the Most Influential Women award to women in the collision repair industry who exemplify qualities of business and civic leadership, vision and commitment to excellence.

“These three amazing women have not only exceled within their own companies, but have been a positive influence within the industry and their local communities,” said Cheryl Boswell, chief financial officer at DCR Systems, a 2015 Most Influential Women honoree and co-chair of the 2017 Most Influential Women Committee. “It was an honor to celebrate with these women who continue to elevate this industry and lead by example.”

“Having been with WIN since its inception in 2006, it is wonderful to see first-hand how the [Most Influential Women] program has evolved and grown and how perfectly it aligns with WIN’s mission to ‘enhance the role of women in the industry,’” WIN Chair Petra Schroeder said. “The diversity of every nominee’s talent and industry involvement is amazing. Congratulation again to Cristina, Renee and Elizabeth (Liz) for winning this prestigious award.”

For 19 years, the award has recognized more than 80 women for their professional accomplishments and for going beyond the requirements of their positions to give back to their communities.

Advertisement
In this article:collision repair, most influential women

Associations: SCRS RDE to be Delivered with SEMA360 eMarketplace

ASA Announces Annual Business Meeting Will Be Virtual
Connect with us