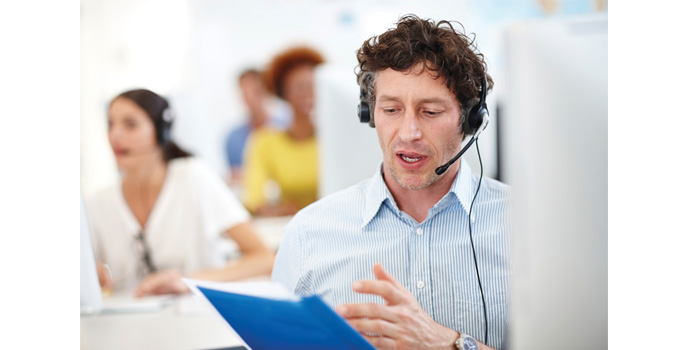 I’ve lost many potential repairs due to State Farm’s strong-arm tactics steering customers to their choice of repair centers instead of the customer’s. So my question is, ‘Who, if anyone, polices these call centers?’

I was recently working with a customer on a Friday afternoon on an auto insurance claim. I stood in my own lobby while my customer called the main call center for State Farm, located in Charlottesville, Va. She wanted to make a claim on a hit-and-run to her Jeep’s right front end. She had her phone on speaker, so the conversation was not private. The normal questions were asked, including where she wanted the car repaired. The customer repeatedly told the State Farm representative her choice of repair center, but the State Farm representative would not give up trying to get her to go to another center because we were not on State Farm’s repair center list of choices. She was actually making the customer upset. I did not say a word as I stood there listening. The call finally ended with the customer being told a claims adjuster would call her to write an estimate on the damages.

It was ironic because we had been under State Farm’s program for more than 13 years. State Farm decided to end our relationship as a preferred center in March 2014.

We were told our average claim invoices were too high for our market area. We decided as a company that we wanted any discounts being given out to assist the customer directly and not the insurance company.

So, for a year and a half, we have not been a Select Service center for State Farm. I have lost many potential repairs due to State Farm’s strong-arm tactics steering customers to their choice of repair centers instead of the customer’s. So my question to you and your readers is, ‘Who, if anyone, polices these call centers?’

First, thank you for your question and second, I can assure you that you’re not “the only one” who has experienced this insurer’s activities as well as others who have similar philosophies.

In consulting/coaching quality collision repairers across the country, we’ve found that while insurers attempt to steer consumers to their preferred shops for obvious reasons we all understand, it seems the shops that used to be on programs get steered against more aggressively.

I’ve heard from reliable sources that insurers are offering financial incentives to their claims staff for successfully convincing customers to have their vehicle repaired at one of the insurer’s preferred shops – even if and when the customer might be standing in the shop of their choice! This happened in my shop as well, and I had the same concerns as you and many others.

In answer to your question, “Who, if anyone, polices these call centers?” let me state that while there’s no one standing and watching and listening to what goes on in the call centers, there are state departments that oversee insurer activities in most every state: the department of insurance regulation, the insurance commissioner’s office, the department of business regulations, etc. These departments exist to protect consumers and businesses from unethical business practices. While I’m not sure what they’re entitled to in Virginia, I’m confident they have people who oversee insurers. However, I would question if they would or could do anything regarding the concerns you have expressed, unless of course there was an outcry from a large number of consumers.

Because insurers have a vested financial interest in the outcome of claims settlements, it’s unlikely the state will get involved in such matters until their activities can be determined to be of potential harm or endangerment to consumers. If your state has current laws and regulations prohibiting steering, it might be more inclined to help.

This is why I developed in-house programs and procedures that not only stopped the insurers’ efforts to steer from us but also empowered the consumer to understand the various issues and enabled them to take a stand to protect their family’s personal safety and economic welfare – procedures that our coaching/consulting clients are using with significant success across the country.

While I cannot go into detail here due to space constraints, I would be happy to speak with you and others who are having similar issues. I’ve been told that a free consultation with me has enabled many collision repairers to enjoy immediate profits they never dreamt possible.

I can assure you that you can thwart insurers’ steering efforts; you merely need the what, when and how to do it.

Budgeting Time and Resources to Keep Training on Track

50 Years and Counting: A Look Back at My Collision Career
Connect with us