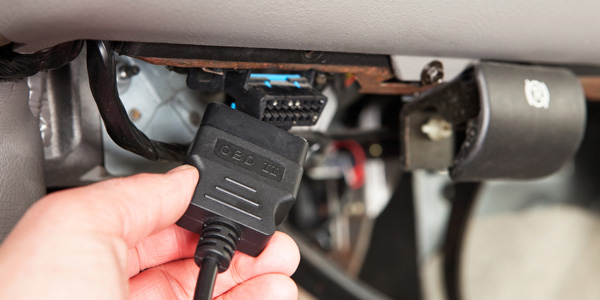 Scanning has become a necessary step to determine whether all the sophisticated electronics and safety features in today’s high-tech vehicles are functioning properly – before and after the repair.

When several OEMs issued position statements on pre- and post-repair diagnostic scanning in 2016, it made an impression on John Mosley, owner of Clinton Body Shop in Clinton and Richland, Miss. Mosley said he invested around $17,000 in scan tools and equipment after Fiat Chrysler, GM, Honda, Nissan and Toyota declared that scanning collision-damaged vehicles is a critical element of a proper repair.

“You should repair the car as closely as you possibly can to the OEM repair recommendations,” Mosley explained. “Knowing that almost every manufacturer is recommending scans now, I don’t see how a shop can think that they’ve repaired the car properly if they’ve haven’t scanned it.”

Scanning is nothing new. Since the 1988 model year, the California Air Resources Board has been requiring passenger vehicles sold in California to incorporate onboard diagnostic (OBD) equipment. In the early 1990s, the EPA began phasing in nationwide regulations for the second generation of onboard diagnostic systems – known as OBD II – and mandated that all light-duty cars and trucks sold in the United States after Jan. 1, 1996, must have OBD II systems.

Although the initial intent of onboard diagnostics was to identify malfunctions in emission-related systems and components, the role of diagnostic scanning has broadened over the years. On the mechanical repair side, plugging into the OBD II port has become a standard diagnostic practice for many technicians. On the collision repair side, scanning has become a necessary step to determine whether all the sophisticated electronics and safety features in today’s high-tech vehicles are functioning properly – before and after the repair.

“Nissan vehicles today have more technology and electrical components than ever before,” Nissan explains in its position statement. “Today, it is necessary in most repair situations for the vehicle to have a pre- and post-repair scan so that the repairer is informed of any trouble codes present, even in cases where there are no identifier lights on the dash.” 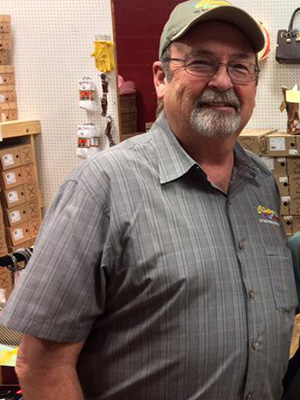 “Knowing that almost every manufacturer is recommending scans now, I don’t see how a shop can think that they’ve repaired the car properly if they’ve haven’t scanned it.” — John Mosley, owner, Clinton Body Shop

Mosley’s shops follow a simple rule of thumb: “Anything that’s hit hard, we’re doing a pre- and post-repair scan.” For vehicles that come in with light damage, his shops will conduct post-repair scans at the very least, according to Mosley.

Clinton Body Shop charges one hour total for a pre- and post-repair scan. At his mechanical rate of $100 an hour, that’s $50 for the pre-repair scan and $50 for the post-repair scan. Mosley knows that scanning isn’t going to be a cash cow for his shops. But he doesn’t view his investment in scanning equipment the same way he looks at buying a framing machine or a paint booth.

“It’s more about doing the right thing,” he said.

Now that his shops are scanning vehicles, Mosley has become a believer in the importance of scanning. The key reason: Scanning is the only way to identify all of the diagnostic trouble codes (DTCs) stored in the vehicle before the repair, and the only way to know that no DTCs are lingering after the repair.

This is especially true for newer vehicles, which are becoming computers on wheels – complex networks of control modules, sensors, actuators, wires and components that enable advanced driver-assistance systems (ADAS) and other safety and convenience features.

This technology isn’t limited to higher-end models. Nissan, for example, recently estimated that 1 million of its 2018 model-year vehicles – including the Sentra, Maxima and Rogue –will have radar-powered automated emergency braking. Hyundai recently announced that its first subcompact SUV – the Kona – will come with an array of high-tech safety features, including forward collision-avoidance assist, which uses the car’s front-facing camera and radar to detect an imminent collision and avoid impact or minimize damage by braking autonomously. 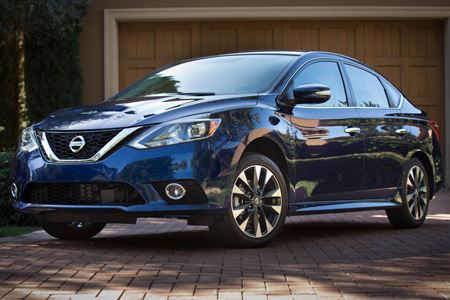 Nissan: It is necessary in most repair situations for the vehicle to have a pre- and post-repair scan.

There’s so much technology in today’s vehicles that there aren’t nearly enough malfunction indicator lights (MILs) to cover all the diagnostic trouble codes that can be triggered by a collision – or by the repair process.

During a panel discussion at the 2016 SEMA Show, Chris Tobie, former collision repair diagnostic director for American Honda, noted that a 2017 Honda Fit – the automaker’s entry-level vehicle – can contain up to 510 DTCs. On the other end of the spectrum, a fully loaded Honda Pilot or Odyssey Touring Elite might have 1,000 DTCs.

It’s “simply not possible” for a vehicle to illuminate a MIL for all of those codes, Tobie said.

“We have to make this very clear: Indicator lights are for driver notification,” Tobie added. “They are not diagnostic tools. They never were intended for that.”

Consequently, in Honda’s July 2016 position statement, the automaker calls for post-repair diagnostic scans in any repair involving disconnection of electrical components or replacement of body parts, to confirm that all electronics have been reconnected and recalibrated properly. MILs just don’t tell the whole story.

When Matthew McDonnell, owner of Big Sky Collision Center in Billings, Mont., started scanning vehicles in early 2015, he kept a log of his shop’s repair orders to see if it really was necessary to conduct diagnostic scans on every vehicle. Out of 216 vehicles that the shop scanned over a several-month period, only 14 percent of those with DTCs also had MILs. Out of that 14 percent, about half of the MILs were unrelated to the collision damage – items such as tire-pressure alerts and oil-change reminders.

Put simply, if you’re relying on MILs – or lack thereof – to guide your repair plan, “that means you’re going to be right 7 percent of the time,” McDonnell said.

In the new age of high-tech vehicles, shops are learning that a collision isn’t the only factor that can trigger a DTC. As Fiat Chrysler points out in its position statement, DTCs can occur as a result of:

Because of all the sensitive, sophisticated technology embedded in today’s vehicles, even the most fundamental procedures are scannable events.

“We probably should’ve been doing this four, five years ago – maybe longer than that,” Mosley admitted. “But there hasn’t been a light shined on it [until the OEMs published their position statements]. We’re trying to learn everything we can to make sure we do the best job we possibly can for our consumer.”

‘Truth in the Repair’

The need for pre- and post-repair scanning becomes even more glaring when the latest vehicle models come through a shop’s doors.

“So there were 30 fault codes added to this vehicle because of the repair process itself,” Rodenroth said during a presentation at the April 2017 Collision Industry Conference in Pittsburgh. “When these vehicles were assembled, they didn’t have diagnostic networks on board. They didn’t have control modules on board. They were painted as body shells. So as we’re moving these vehicles around, they don’t know they’re in a body shop.”

Performing pre- and post-repair scans, Rodenroth added, reveals a vehicle’s “cyber fingerprint.” By taking a close look at a scan report, shops can see that some faults are from the collision, and some are from electronics that haven’t been reconnected or recalibrated properly.

That’s something McDonnell quickly learned when Big Sky Collision Center began scanning vehicles in March 2015. By performing pre- and post-repair scans, he saw that basic procedures such as removing a door handle, unplugging a battery or moving a vehicle to the paint area were triggering DTCs.

“We realized that there’s no way we can avoid moving the vehicle around our shop without either turning the key or disconnecting the battery or other basic steps, so we’re going to have those trouble codes – there’s no avoiding it,” McDonnell said. “So it is part of the repair process.” 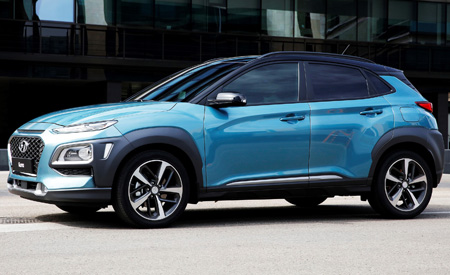 Like more and more vehicles, the Hyundai Kona will come with an array of high-tech safety features.

Because Big Sky is able to pinpoint exactly what’s wrong with the vehicle (during the pre-repair scan) and ensure that all the issues have been addressed (during the post-repair scan), scanning has become an integral part of the repair-planning and quality-control processes, McDonnell explained.

While Rodenroth describes scanning as a way to reveal a vehicle’s cyber fingerprint, McDonnell looks at it from a more philosophical standpoint.

“There is truth in the repair,” McDonnell said. “The car has never lied once in the history of repair. It’s always the truth. The fender always has that dent on it, and the codes and faults are the truth – we don’t make them up.”

With vehicles becoming increasingly digital and electronic, McDonnell believes “the car is speaking to us more than it ever has.”

When the vehicle is speaking through DTCs, Mosley believes that it’s vital to listen. Shops can do that by following the OEMs’ advice to perform pre- and post-repair scans on collision-damaged vehicles, and to make scanning a standard piece of the blueprinting, estimating and quality-control processes.

“If you’re not completing the repair the way the manufacturer has recommended that it be completed, then you’re leaving trouble codes in that car,” Mosley asserted. “It may be because you unhooked the door handles or the power locks or the mirrors. Whatever the reason, you’re leaving codes stored in that computer.

“Are those codes going to interfere with other operations later on? I don’t know and the [vehicle] owner doesn’t know and neither do the insurers. But I strongly believe that I don’t want to have a car leave here with open codes in it. It’s not so much about somebody finding it. It’s about making sure you’re doing everything you can to protect the safety of that person driving the car, and those riding in it, as well as the drivers they’re sharing the road with.”

Editor’s note: This article appeared as part of the scanning guide in the July 2017 issue of BodyShop Business.

Pre- and Post-Repair Scanning: Plugging into the Truth

Scanning & Recalibration: What Category Are You?

Collision, Mechanical and Transportation: The Crossover is Real
Connect with us