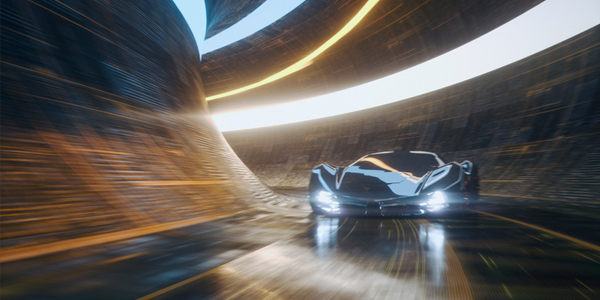 With autonomous vehicles starting to take over transportation, what will the collision center landscape look like in 10 years?

“With autonomous vehicles starting to take over transportation, what will the collision center landscape look like in 10 years and who will be our customers? I’m trying to follow Wayne Gretzky’s motto of, ‘Skate not where the puck is but where the puck is going to be,’ and adapt our marketing toward a changing target. Also, I would like to see a report on the efforts of the industry to push back against the insurance industry’s efforts to dictate labor rates and what they pay.” – Dierk Seeburg, marketing, Southwest Collision, Tempe, Ariz.

Skating to where the puck will be is a great trick. Just because the leading scorer in National Hockey League history can do it doesn’t mean I can. I’d be icing the puck (sending it the length of the ice without contact or score) again and again if I tried to guess the many changes autonomous vehicles will bring to collision repair. (See my “Clark’s Corner” column this month for my prediction that our industry will survive and prosper in spite of all the upcoming electronic boogeymen.)

My vision of the immediate future in collision repair is similar to my vision of the first DRP that Allstate rolled out in 1987. If the people with 90 percent of the money want to partner up and send work to your shop, get on board. Turned out that not all DRPs treated their shops as partners – some more like adversaries. Nonetheless, it’s easier to change the program from the inside as a member than it is from the outside as a supplicant. Plus, you can complain while you’re steadily repairing cars for that insurer.

Motor vehicle manufacturers have been trying to prevent others from copying their engineering designs since the first car was built. Beginning with engine components (water pumps, starters, spark plugs), the entire automotive aftermarket was built on offering alternatives to the original manufacturer’s component parts, including hoods and fenders.

Over the history of the car, the courts have generally sided with the aftermarket folks, arguing that aftermarket spark plugs would work fine in engines that came with OEM plugs, and vice versa. Restraint of trade is legally a bad thing in the United States; everyone is entitled to the chance to provide goods and services for profit.

For years, vehicle manufacturers have been raising their concerns that non-OEM crash parts will not collapse at the same carefully engineered rate that the factory parts would. I don’t disagree, but embedding a radar sensor or two into that body part makes it a lot easier to claim exclusivity in court. The car designer is under no compunction to provide engineering specs to a mystery vendor in the Pacific Rim.

And we finally get to your question, Dierk. I think the place to be to wait for the next puck is OE certification. Insurance carriers have gotten a clear message that they should not and cannot dictate repair procedures.

The original vehicle manufacturer is the definitive answer on how the collision damage needs to be repaired. I predict that those same people with 90 percent of the money (insurance companies) will especially seek out collision shops that have proof of training when their insureds’ late-model vehicles have a bunch of cameras and lenses planted in them.

But I think technician training and certification of all sorts will be a hotter commodity than at any point in my nearly 50 years in our industry. As regular readers know, I’m a huge fan of the I-CAR Gold Class program as a great way to demonstrate to both Mrs. Smith and her insurance carrier that this shop is her best choice. But written, visible proof of training is the winning strategy as I see it in Tempe, Ariz.

I would adapt your marketing focus puck to drive home how well trained everyone at your shop is. Display every single certificate of training, DRP banner, chamber membership and diploma that any employee has earned. More importantly, enroll in the vehicle manufacturer’s certification programs on how to install and recalibrate all the fast-appearing driver’s aids on their cars. And tell everyone about it.

Currently, it looks to me like there are more potential collision technician students than there are available OE certification programs to enroll in. There will be some commonality between OEM instructions as some of the sensors, cameras and radar nodes are made by the same electronics suppliers, but each OE vehicle’s engineers will have their own take on how to reverse collision damage safely and rearm all the clever driver’s helpers. Join up, listen up and change your repair procedures to match. And then, tell everyone how smart your shop is again.

As for your desired report on how the industry is doing at making the insurance companies pay the labor rates and times they desire, recall the part where I said that the insurance folks have 90 percent of the money in collision repair. My advice is to accommodate them with a smile while including (and getting paid for) all the newly required OE parts and procedures to complete a safe and attractive repair on today’s smart cars. And you’ll know what all those R&R parts and times are worth because your shop has taken the OE training on them. B

What Will the Collision Landscape Look Like in 10 Years?