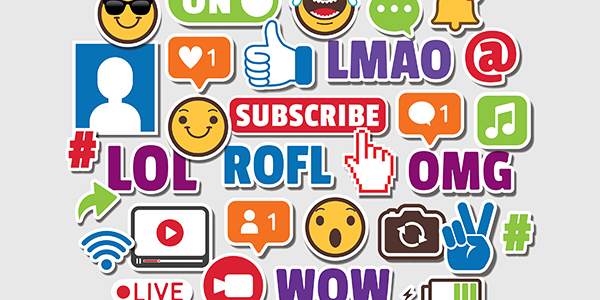 Each of the changes in car construction, finish quality, environmental regulations and passenger safety were all ushered in on a tsunami of scary acronyms: SAI, HSS, BC/CC, HAPS, HVLP, ABS and now SDV. But what do they mean?

January 2020 will mark my 50th year in our business. When I came on board the collision repair industry in 1970, it looked pretty much like it did in 1950: full-framed vehicles were pulled and hammered into shape, and alignment was accomplished with shims. The GM products got a lacquer repaint and the Ford and Chrysler cars got painted with enamel. Only the rare Midwestern shop would even work on a Volkswagen. But it was a time-driven business even back then, and beating the flat rate was and still is the road to body shop profitability.

It seems to me all these years later that each of the many subsequent changes in car construction, finish quality, environmental regulations and passenger safety were all ushered in on a tsunami of scary acronyms: SAI, HSS, BC/CC, HAPS, HVLP, ABS and now SDV. Along with each change came alarmist arm-waving and the “OMG we’ll never survive this!” and “The sky is falling!” hue and cry about how the current issues going on in the industry would ruin, disrupt and possibly even end the collision repair business as we knew it. The naysayers all turned out to be wrong. Every single time, once the industry learned what the scary abbreviations meant and then changed our equipment and procedures, we continued to repair collision damage safely, attractively and profitably. I predict the same for the latest alphabet avalanche of ADS (automated driving systems).

What I’ve learned in 50 years is to take a breath and have some confidence that we will adapt to the times and accommodate whatever unsettling transformations the latest tidal wave of vehicle changes bring
with them.

In 1973, the Organization of Petroleum Exporting Countries (OPEC) shut off the gasoline supply to punish the United States for their support of Israel. The resulting shortage caused an industry-changing race to achieve better gas mileage by reducing the size of the engines and lightening the loads they had to pull around. The arrival of the first mass-produced American unicoupe car, the X-Body Chevrolet Citation, was presaged by pages and pages of new acronyms like SAI (steering axis inclination) and I/A (included angle) that meant you couldn’t just shim up a badly aligned body. You had to invest in hysterically expensive equipment that would measure all the panels to within millimeters – and then train someone to operate it.

HSS and HSLA (high-strength steel and high-strength low alloy steel) weighed less than the heavy-gauge mild steel we had been using since the first wagon became horseless, but magically came with higher tensile strength – which then required new MIG (metal inert gas) wire welders with narrow heat tracks to prevent weakening the new metals’ cleverly arranged ions with too much heat. STRSW (squeeze type resistance spot welding) was how the three-box unicoupe car was assembled, but it took some more time before those pieces of equipment were common in the corner shop. And then, in all cases, you had to train someone to operate it.

Refinish chemistry has evolved steadily over those five decades and continues to improve in response to better OEM paint systems and consumers’ desire for both durability in the sunshine and some compliments on the finish from their neighbors.

One of the very scariest letter-stews is R-N=C=O (isocyanate catalysts), the use of which resulted in a quantum leap in enamel’s durability when it was added to the first poly and acrylic urethanes in the early 1970s. The downside was the lasting health effects on those painters who treated it like the petroleum solvents they were accustomed to breathing. Called OA (occupational asthma), it would crosslink with the wet, hot inside of your lungs even more readily than with the paint resin it was mated to. At best, it irritated all mucous membranes (your eyes!) that were left unprotected. BTW (by the way), it still does.

Getting an envious nod from your neighbors when they saw your sparkly and hip new car’s color is partly what drove the vehicle manufacturers to start painting the car twice. BC/CC (basecoat/clearcoat) repair required the body shop to also paint the car twice, and boy were we steamed about it. Who would pay for that? How could we keep either the base color or the clear clean enough to deliver to someone? Well, OMG (oh my God) we made the necessary changes and delivered an OEM match for color, effect and durability. Nice job, everyone.

The SCAQMD (South Coast Air Quality Management District) made another acronym, HVLP (high-volume low-pressure), known to our entire industry. In an effort to reduce the ever-worsening air quality in Southern California (where 17 million people live), their Rule 1151 proscribed both a limit on the spray equipment to be at least 65 percent transfer efficient and a limit on the reactive chemicals in the paint resin. VOCs (volatile organic compounds) and HAPS (hazardous air pollutant substances) were required to be reduced to 2.1 pounds per gallon or less VOC. How would anyone ever spray something so thick, with a low-pressure gun (10 PSI or less), to a smooth finish? “It will be the end of us all!” came the woeful cry from the dark reaches. NOT.

Lions and Tigers and Bears (Radar, Lidar and I/R)

Driver’s aids like ABS (automatic braking systems) hit the showrooms of high-end cars first; you could order it on your 1978 Mercedes-Benz. Auto-Stop, where the car slams the brakes to 100 percent before it hits the obstacle in its sights, was an option in 11 new car showrooms in 2016. Historically, it has taken as long as 30 years for the latest technology to come into common usage. Automatic transmissions, factory air conditioning, power windows and power-anything showed up originally on the upmarket models. The pace of change gets faster every day. Moore’s Law says computer chip technology doubles every two years. The current fervor over the latest alphabet blizzard of driver’s aids once again has the alarmists in the streets.

DC (driverless cars), AV (autonomous vehicles), SDC (self-driving cars), SDV (self-driving vehicles), HAV (highly automated vehicles) and CAV (connected automated vehicles) all sprang from a $1 million contest to drive a robotic, unmanned vehicle 150 miles in the Mojave Desert, sponsored by your government in the form of DARPA (Defense Advanced Research Projects Agency). Don’t send humans into hostile environments, send the robot car. No one made it the first year. In 2020, Cadillac, Nissan, Mercedes-Benz and Tesla will all sell you something that could pass the DARPA distance test. S

I predict your future auto will communicate instantly and consecutively with the many cameras, sensors, radars and lasers built in on-board and with multiple satellites, other vehicles, road signs, traffic cameras and local weather reports externally. Someday.

In the meantime, we just need to get the OEM training to statically (aim at stationary targets) or dynamically (on-road, at speed) recalibrate all those RADAR (radio detection and ranging) and LIDAR (which is laser-based radar using light waves, not radio waves) sensors and all the lions and tigers and bears that the industry puts in our path. We’ve been up steeper hills than this one, team. New computer technology will change the repair process, require new and expensive equipment and then the training to operate it. We probably don’t have 30 years to wait, but my experience says we’ll be ready in time to repair whatever collision damage occurs. Rock on.

The Next Blizzard of Collision Industry Acronyms