Collision labor rates are pathetically low because of a variety of factors, including repairers themselves. But there are possible solutions that, if implemented, could result in more equitable compensation. 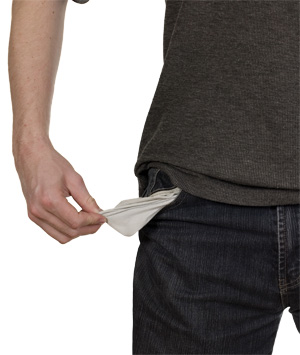 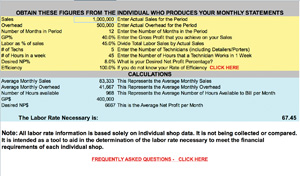 When it comes to labor rates, there shouldn’t be a debate. Every collision repair facility, or any other type of business for that matter, has its own individual cost structure. Like other businesses, we all have varying overhead costs, number of locations, employee compensation plans, job quality standards, employee skill levels, ethics, etc. With so many variables, how can we all possibly have the same labor rate?

The current state of the labor rate isn’t something that has appeared overnight. The structure in which the industry operates has evolved from many factors, including but not limited to insurance company demands. But probably the biggest impact on labor rates has been the shops themselves. That’s right, us. We’ve allowed these inequities to continue.

To fully understand the severity of this labor rate issue and the implications it will have on our industry’s future, you must know the facts.

The Gap Gets Bigger

Early on in the automobile industry, there was little differentiation between mechanical and collision repair, as it was typically performed by the same person. As the industry evolved, a distinction was made between the two, mainly because collision costs were paid through insurance companies while mechanical repair payments were made directly by consumers. This resulted in separate facilities for repairs and differences in the labor rate that each segment charged for the work.

The gap continued to widen as insurers began demanding specific rates for collision repair, while mechanical repair wasn’t interfered with by influences outside the shop.

In 1940, the labor rate for auto body repairs was $4 to $5 per hour. The McCarran-Ferguson Act of 1945 gave the insurance industry an exemption from the Sherman Antitrust Act (specifically regarding aspects relating to insurance.) This act was meant to be a temporary measure after World War II to help the insurance industry recover from the war. This exemption led to insurance agents and adjusters manipulating the collision industry with biased partiality deals. These deals drove down the labor cost charged by shops, and in return, the insurers provided work to those shops while boycotting other shops that didn’t agree to the reduced labor rates.

This systematic behavior led to the U.S. Depart-ment of Justice, under the direction of U.S. Attorney General Bobby Kennedy, issuing the 1963 Consent Decree. In the Consent Decree, many mutual casualty carriers agreed to stop manipulating labor times, demanding discounts and steering work only to shops that agreed to those lower rates.

Many repairers argue that the same insurers that agreed and signed the Consent Decree almost 50 years ago have not only disregarded this federal document but abused their power to now control almost the entire industry through DRP arrangements. By doing this, they’ve been able to control the labor rate they pay and use what some call “extortion-like methods” to control their claims costs. The effect, they claim, has been the suppression of labor rates over the entire industry and making consumers take a backseat to repairs performed by the lowest bidder.

Calculate Your Labor Rate with this downloadable Excel spreadsheet.

Times have changed dramatically. The cost of utilities and business insurance and taxes have increased, and the cost of body and paint materials has quadrupled. Yet collision labor rates remain stagnant and undervalued.

Tom Justice of Valley Paint and Body in Amelia, Ohio, believes each shop’s labor rate should be set by its overhead. He referred to a 1983 court case, Roger Henn vs. Susan Stoneburger, where he was an expert for the plaintiff. In the case, Henn (plaintiff) sued Stoneburger (defendant) for the difference between the labor rate paid and the labor rate the defendant’s insurance company agreed to pay for.

The defendant argued that the estimate represented a reasonable expense to repair the plaintiff’s automobile in order to restore it to its prior condition. Justice testified for the plaintiff that there was further expense for additional repairs incurred within the accident, and his hourly labor rate was $12 higher than the labor rate provided on the estimate issued by the defendant. That’s right, $12!

The court agreed with the plaintiff, stating it was the plaintiff’s obligation to minimize his damage and use reasonable care and diligence to avoid loss. However, he did not have to use the lowest labor rate in the community, as a rate isn’t fixed throughout.

Steve Wurtz of Blue Ash Auto Body in Cincinnati, Ohio, says that when he started in this industry in 1971, several major insurance companies had just raised the labor rate in Cincinnati to $10 per hour. The rates in the 1970s increased 60 percent, and the industry also saw a 50 percent increase in the ’80s. After the insurance industry created DRPs, many shops that participated in these new programs undervalued their compensation, which resulted in the rate increase to slow down to 33 percent in the ’90s. During the last decade, the rate of increase was even less at 27 percent.

Wurtz attributes this change in the labor rate to State Farm discontinuing its annual labor rate survey in 2004, when the labor rate stayed at $44 per hour.  He recently wrote a letter to every shop in a five-county greater Cincinnati area, instructing them to visit the insurer’s website and fill out the survey. Wurtz says he didn’t do this because his labor rate of $53 per hour has stayed the same since 2008; he did it for the benefit of the entire industry. This resulted in the insurer increasing labor rates and material rates slightly. However, considering what the labor rate actually should be in Wurtz’s eyes, he believes that these very small increases are insignificant.

A lot of people in the collision repair industry feel that there is way too much complaining about low labor rates and not enough discussion about possible solutions. One such solution that has been bandied about is the creation of industry repair standards. To establish a true “prevailing rate” within a market, an unbiased (stress: unbiased) source needs to conduct an annual survey that includes every licensed shop in the region but excludes DRP shops since they have a skewed rate based on the discounted programs they participate in. This would provide a more accurate portrayal of what the market will bear.

Another solution might be to create a tiered shop classification system determined by the work the shops specialize in. A shop that owns a frame rack, downdraft paint booth and computerized mixing or estimating systems and properly educates its staff on how to perform high quality repairs should have a higher labor rate than a converted trim shop that’s now doing auto body repairs. If the shops can be separated by tiers, for example paint shops, bump shops – non-structural and shops trained and equipped for structural repairs, then labor rates can be determined based on the services and qualities provided.

I believe that the correct solution is to take a step back and let the industry function in a free enterprise system. Each business should be allowed to determine its own rates and costs, based not only on the expenses they incur but also on the value of the services they provide.

The collision repair industry shouldn’t permit the regulation of rates by another industry. Repairers all need to take a good look in the mirror and wonder why they’re handing the keys to their shops over to every adjuster who walks in the door.

It’s easy to blame the insurance industry for our labor rate problems due to the temptation that’s dangled in front of our peers. However, the responsibility for the current issue ultimately falls upon the shoulders of each and every collision repair shop.

By shops accepting below-market labor rates, they’re undercapitalizing themselves, resulting in less than adequate work being performed.  Not only is the industry suffering through this self-destructive behavior, but ultimately, the consumer is the greatest victim of all.

Advertisement
In this article:estimating, insurer relations

When Should You Turn Down a Job?

COVID-19: Opportunities When Miles Driven Goes Back Up

Estimating: Insurers vs. Repairers
Connect with us