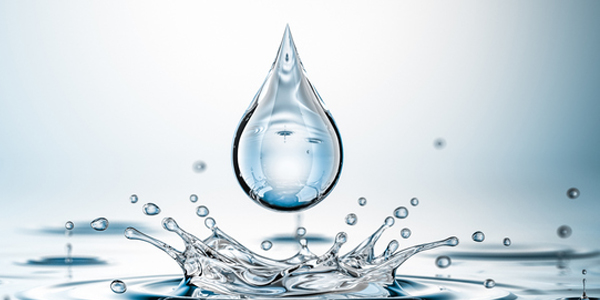 Slow adoption of regulations and a changing of the guard in Washington have taken the spotlight off waterborne/low-VOC paint.

The solvents used in automotive paint emit volatile organic compounds (VOCs) that cause or contribute to increased ozone emissions. Ozone is a major component of smog, the brown air that surrounds many of the country’s major urban areas.

The government’s efforts to control air pollution of all sorts date back to the very first Clean Air Act in 1963. The Clean Air Act (CAA) of 1970 was the first comprehensive effort to have the federal government take an active role in air pollution control. In 1990, many amendments were added to the original legislation, some of which affected automobile refinishing under Section 183(c) of the CAA. These rules were to be enforced by the EPA in coordination with the individual states.

Some of the states banded together in groups to improve their air quality. The largest association of states, the Ozone Transport Commission (OTC), includes Connecticut, Delaware, the District of Columbia, Maine, Maryland, Massachusetts, New Hampshire, New Jersey, New York, Pennsylvania, Rhode Island, Vermont and Virginia. In the midwest, the Lake Michigan Air Directors Consortium (LADCO) includes Illinois, Indiana, Michigan, Wisconsin and Ohio. The goal of both these affiliations is to improve the local air quality by reducing VOCs and other air pollutants.

To accomplish that, they have mostly agreed to adopt the comprehensive rules created by the South Coast Air Quality Management District (SCAQMD) in Southern California. The 17 million people who live there have created some of the worst smog in the country. Both the SCAQMD and the California Air Resources Board’s (CARB) rules are much more restrictive than the EPA’s national rule. So why haven’t those state associations voted to require new lower VOC regulations?

What Happened to Water?

While the huge majority of the VOCs in our air come from internal combustion engines, about 12 percent are emitted from all paints and solvents. To comply with the new lower-limit regulations, paint companies adopted de-ionized, filtered and purified water (no VOC at all) to their basecoat color systems’ chemistry. Another choice to achieve compliance has paint manufacturers replacing traditional solvents in their paint systems with some combination of exempt solvents, such as acetone, that do not contribute to the formation of smog. If both LADCO and OTC states had adopted the California regulations as originally predicted, then half the country would have been required to use compliant coatings by now. But they didn’t, and the current administration in Washington has gutted the EPA and expressed skepticism about any role smog plays in global warming.

I had a PowerPoint presentation back when all the potential VOC-limit legislation was the hot topic. One of the slides showed a politician at a podium with the caption, “Which of your elected representatives will stand up and vote for more pollution?” Turns out we’re there, and from my perspective, it’s unlikely we’ll see any new clean air regulation for the near or far future. Which leaves the question, what should your shop do about waterborne basecoats?

There was much initial concern about the additional drying equipment that would be required to spray waterborne finishes productively. First, recall that the recent I-CAR survey suggests the average U.S. shop does $1.2 million in annual sales. That shop paints only two cars per day, and everyone’s waterborne chemistry will dry in plenty of time without auxiliary blowers. However, every shop spraying water needs to have a high quality and quantity of compressed air. A basic of every paint company’s shop audit checklist is clean, dry and big-volume sprayable air. So, while I contend that most shops won’t need auxiliary drying equipment until they’re painting six or more cars per day per booth, every water shop needs good compressed air. Humidity in the airlines contains the same basic H20 (water!) in the paint films and quickly affects coating performance.

Investing in improving your shop’s spray environment is always a good idea no matter what kind of paint you use, so money for cleaner paint work is well-spent as is money to shorten drying times with lights or blowers. But if no
super-special shop equipment is required for waterborne color and no legislation looms in your state, why should you consider water? Color match!

Almost all vehicle manufacturers worldwide are using some version of waterborne on their paint lines, and matching those nice bright-chroma colors is easier with waterborne. Finding just the right OEM-looking texture and metallic effect is faster. Additionally, blending water into water makes invisible edge blends much smoother.

When I wrote the initial series of articles about the 2008 waterborne adoption for BodyShop Business, I interviewed many California folks who were required to change paint types to comply with the SCAQMD Rule 1151. Every single person I spoke with – paint manufacturer, paint jobber or body shop – all said that training was the key to success. Waterborne paints handle, tint and spray differently than solventborne paints do. Additionally, the water materials do not have as much room for individual painter idiosyncrasies. Manufacturers all built their specific training programs to teach their shop customers what to do and what not to do with their compliant color systems. Too many shops were sure they could figure it out; after all, they learned how to paint everything else by themselves. “Get formal training” are words to live by when considering any switch to water.

I’m frequently asked, if I had a shop, would I use waterborne? Or would I continue to use whatever National Rule solventborne brand I’ve used and been happy with for many years? The issue of material cost always comes up too. Will the compliant waterborne brand cost the shop more money? My experience is that shop cost for P&M is about the same wherever I go. In California, everyone is using a compliant line; in unregulated states, the guy on this corner using solvent and the shop on the next block is using water and their P&M costs are about the same. So, if overall paint costs don’t go up (may cost more but cover more) and no special blowers are required to use it, as my travels have indicated, then why try water? Color match, color match and color match are my top three reasons. There may be some marketing advantage if you have a “green” customer base, and there may be some improvement in the painter’s respiratory environment, but mostly, for an easily blendable match on the first try, waterborne is well worth a demo in your shop. I speak to lots of shops who swear by their brand of waterborne basecoat and would not go back to solvent color for any reason. I also speak to shops who tried it and hated it, and without exception they did not have adequate air quality or formal training. “Yeah, we bought a new desiccant dryer and the paint rep was here for two days, and it never worked right.” Other shops say if it ain’t broke, don’t fix it. My advice, not that you asked, is to attend your paint manufacturer’s waterborne class and then shoot some in your own shop on real cars. I think you’ll be pleasantly surprised.

Advertisement
In this article:Low-VOC, waterborne

Waterborne/Low-VOC: Where Are We Today?