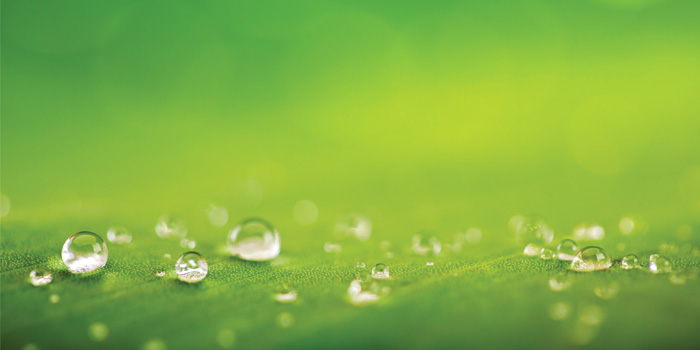 An update on the low-VOC/waterborne product market and how collision repairers are integrating “green” into their shops.

Paint is hardly a surface level issue. To customers, it’s the icing on their vehicles – but we know there are many layers: regulatory complexities, technological advances, productivity and performance expectations. Specifically, the evolution of low-VOC solvent-based and waterborne paint systems is changing the painting process across the country.

Start of It All

It all started with low-VOC legislation in California in 1987, revised in 2007. Since then, other states adopted regulations – Maryland and Delaware, for example. To the north, Canada had already limited use of VOCs in shops. Seven counties in Utah surrounding Salt Lake City put low-VOC regulations in place, and most recently areas in Washington, D.C., are moving in this direction.

Paint manufacturers have responded and, in most cases, pre-empted regulatory changes by introducing environmentally friendly products to meet low-VOC requirements. Today, repairers have many choices in low-VOC solvent-based and waterborne.

Of course, the industry thought that these initial regulations would catch on in other states rather quickly. At first, there was a sort of mad rush to innovate and introduce. But the low-VOC regulatory scene has moved slowly.

On the other hand, manufacturers have done the opposite, progressing swiftly with technological advances in paint systems. There have been significant improvements in waterborne and low-VOC solventborne systems since the first introductions at least 20 years ago. Today, most paint companies provide a low-VOC option or complete line, and even shops in National Rule areas with no regulatory pressure are taking hold of the technology because some simply perform better than their old standard.

“A decade ago, low-VOC products such as clearcoats were deemed as inferior,” says Laura Yerkey, marketing director, Valspar Automotive. “And the first waterborne systems had a reputation for being novel with a high learning curve and adoption expense. Fast forward [to today] and a lot has changed.”

Yerkey notes that today’s low-VOC and waterborne products perform as well as if not better than National Rule counterparts.

“Because of this, we’re seeing an increase in adoption of low-VOC products across the board in North America and globally,” she says.

Once shops get over the idea of “change,” they recognize the benefits of low-VOC products.

“It’s our human instinct to resist change for as long as possible, and as more people are exposed to waterborne technology and understand how products work, it’s becoming more adopted,” says Louisa Meijer, global product manager at Sherwin-Williams Automotive Finishes.

So, what’s going on in the low-VOC market today in terms of product options, performance reviews and overall adoption?

When shops in regulated areas began converting to waterborne, their main concerns were cost and productivity.

“Chief complaints revolve around the speed of water – sometimes it’s too fast, and sometimes it could be a little faster,” says Mike Carroll, new products introduction manager at BASF. “Traditional solventborne basecoat customers had different solvent packages to control the dry times.”

A difference in dry time is a matter of physics, points out Tim Jones, PPG’s waterborne segment manager for U.S. and Canada.

“Waterborne has water in it that has to evaporate out,” he explains. “If you don’t have proper air movement across the surface, the basecoat will dry at the surface and not thoroughly dry throughout the film.”

The solution doesn’t have to be costly or time-consuming, as shops have discovered.

“If you have good air movement across the surface, [waterborne basecoats] will dry from the bottom out and you will get a good, dehydrated base before you apply a clearcoat,” Jones says.

And, no retrofitting of shops is actually required to use waterborne products, Jones adds. Air amplifiers that offer the flexibility of a handheld or fixed tool (attached to a stand) enhance air circulation.

Yerkey notes that specially outfitted spraybooths for waterborne are the gold standard. “But towers, fans, IR and handheld driers get the job done.” She says that color lines designed for optimal coverage and true match speed up the repair process and turnaround time. So, it’s not just about drying.

Even in challenging weather conditions, waterborne products can speed production compared to natural rule, Meijer points out. She relates how one collision repair facility in Houston uses the Sherwin-Williams waterborne system in a particularly humid climate.

“They’ve been able to use the system as required and are experiencing faster flash times than they were before with other products, which is making their process more productive,” Meijer says.

Cost is another factor for some shops, and Michael LoPrete at Transtar says just because a product is low-VOC does not mean it has to be expensive. Sometimes, low-VOC comes with a bonus of enhanced performance and productivity.

“Our two top-performing clearcoats are both low-VOC,” says LoPrete, vice president of marketing & strategy. “They are environmentally friendly, and the speed clearcoat is even air-dry only, so a shop does not need heat to increase production.”

For manufacturers, the key has been to remove all objections to low-VOC products by offering a value proposition beyond “green.” Productivity sells. Performance speaks. And then the low-VOC aspect becomes an added benefit.

Gone are the days of trading quality and performance for going green. Jones notes that in the past eight years, technological improvements with resins and specially formulated additives in waterborne basecoats, primers and sealers are delivering what repairers want.

“They provide gloss retention and performance so you don’t have to sacrifice application or performance by using our low-VOC products,” he says.

For all these reasons – performance, color match and coverage – plenty of body shops are adopting low-VOC products even when they’re not required to do so.

“As consumer concern over environmental impact grows, and the workforce and consumer demographic distribution shifts, shops are increasingly using low-VOC adoption, whether via solvent or waterborne, as a differentiator,” Yerkey says.

Jones adds that a segment of the population is conscious of environmental impact. He relates it to consumers choosing to buy organic milk or produce.

“There are collision repair centers that are conscious of their footprint,” he says, adding that some promote to customers the value of an environmentally friendly system.

LoPrete remarks that the fastest growing area of Transtar’s business nationally is its low-VOC, solventborne basecoat, clearcoat and primer system, which speaks to body shops’ voluntary adoption of these highly productive products.

Meijer says of Sherwin-Williams’ line, “We are seeing a lot of waterborne accounts being gained in both the VOC-compliant areas of the country and National Rule areas.”

What’s the preference for body shops when they have a choice between waterborne and low-VOC solvent? That depends on the facility location (whether it’s in a restricted area or National Rule), and shop size also comes into play.

“I believe the larger shops tend to be waterborne,” Montes says.

Montes estimates high-volume shops make up about 25 to 30 percent of the market. Of those large shops, about 15 to 20 percent are waterborne. “But keep in mind, those larger shops generate the most volume – 60 to 70 percent of the revenue. So, while the percentage may be small, they are the ones turning out more cars.”

On the other hand, smaller tech-savvy shops are embracing low-VOC products, too.

“They are open to change and looking for ways to improve their overall performance, throughput and image in the market,” Montes says.

Jim Testa at Rubber-Seal says there are more manufacturers introducing low-VOC solvent-based products as an alternative to waterborne technology.

“Some companies are moving the needle that way, and that can lower the amount of investment [for shops],” he says.

If a shop is located in a market where there was a push toward waterborne, then these systems tend to rule. If not, then low-VOC solventborne products feel “easy access” for body shops. They can keep their processes (and drying procedures) and use lower-VOC formulations that act like the National Rule lines.

Testa points to Axalta’s Cromax Mosaic product as a response to shops’ desire for a low-VOC solventborne basecoat. “It’s a very small transition for the shop to make, and it’s one they can do at a faster pace.”

With basecoats, Testa says he does see a shift away from waterborne and toward low-VOC solvent-based products “because the learning curve is less,” he says. “It’s not as touchy or temperamental as waterborne coatings.”

Testa says the ability to make a product low-VOC or not with a “blender” is appealing to some shops.

Meanwhile, Carroll says BASF has been encouraged by the interest in conversion in non-regulated areas.

“Our current solventborne basecoats, Glasurit 55 Line and R-M Diamont, are very robust and proven basecoats, so we had to have compelling reasons combined with great technology to switch any non-regulated customers,” he says.

Glasurit 90 Line shops are using 100-percent waterborne basecoat. “With the release of the new Glasurit base boosters, customers have little interest to request solventborne basecoats because this new product enables customers to have great hiding with less basecoat consumption for chromatic colors,” Carroll says.

With BASF’s R-M, a paint technician can mix solvent or water for any given job. About 25 percent of jobs are completed with solventborne basecoat, Carroll says.

At AkzoNobel, a waterborne basecoat can be paired with low-VOC primers and clearcoats, Montes says.

“In promoting the waterborne basecoat, we have low-VOC solvent-based primers and clearcoats, and our primer surfacers are compatible with multiple substrates. They are high-fill and easy to sand, and basically like a two-in-one product.”

Montes says that primers available in multiple colors such as red, yellow and green aid in color matching.

“It also reduces basecoat material usage because your primer matches more closely to whatever paint you’re going to apply,” she says.

A focus on productivity in shops prompts the adoption of solutions including aerosol products, points out Randy Letsch, vice president of sales, North America, at SprayMax.

“There is opportunity to make money with aerosols in the express area because you can use these outside of a booth,” he says.

This is especially helpful for preventing small damage repairs from interfering with a main collision repair operation, Letsch explains. Aerosols can be used in a prep area and are exempt from low-VOC regulations. (They are, however, subject to their own restrictions.)

“We have a full line starting with wax and grease remover, one- and two-component primers, a two-component clear, high-gloss rapid fast-dry for small repairs and a spot blender.”

LoPrete notes that “convenience and compliance” are two reasons why shops are using more aerosols to complement traditionally sprayed products. “There is nothing to mix or clean up when you’re done, other than the spray tip,” he says, noting that aerosols are an important part of Transtar’s business growth.

“There is nothing to mix up or clean up when you’re done other than the spray nozzle,” he says, noting that aerosols are an increasing part of Transtar’s business growth.

Ultimately, what’s happening overall is that shops have more options today than ever before as they move toward more environmentally friendly practices. Whether a complete waterborne system, low-VOC solventborne products or compliant aerosols, the focus is on performance and productivity.

And, as shops switch over to waterborne and low-VOC products, there are opportunities to differentiate in a competitive collision repair market, Yerkey points out.

“To help shops with their commitment, we support them with collateral and training at our centers, as well as at the shop-level alongside the painters,” she says.

Meanwhile, as new products are introduced, a focus is on low-VOC because that’s where the market is headed.

“When we come out with a new, innovative product, if it can only be sold in certain states, that’s difficult to manage,” Testa points out. “It’s better if we can sell that product everywhere.”