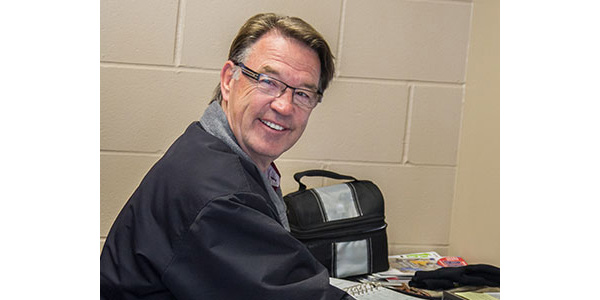 The association presented the award during its Annual Meeting & Leadership Conference in Bloomington, Minn.

Bonn is only the third AASP-MN member to receive honorary membership.

“Roger always has a unique perspective and fresh ideas and doesn’t hesitate to share them – which is a good thing,” AASP-MN Executive Director Judell Anderson said. “Roger believes in what he believes, and he isn’t going to beat around the bush. This is why he has been such a great contributor to the association and has earned the respect of so many in our industry, and certainly, within AASP-MN.”

Bonn started in the collision repair industry at the age of 12, working 50 percent of the time alongside his parents in the front office and the other 50 percent in the shop tearing down and cleaning up cars, while learning about auto body repair from one of the area’s best body men at the time.

In 1992, he joined his father as a full partner in the business and took over the daily operations. Together, they worked hard to unify the collision repair industry in the St. Cloud area by developing industry repair standards to improve customer satisfaction and the industry’s reputation.

Involved from the Beginning

He became president of AASP-MN in 2010 and continues to serve on AASP-MN’s Government & Regulatory Affairs and Legacy committees.

“Roger has proven to be a grassroots lobbyist extraordinaire, always willing to tap into his many community connections, including legislators, to promote the interests of the collision repair industry,” Anderson said.

Roger and his wife, Jill, have been married for nearly 42 years. They have two children, Matthew and Rachael. After 50 years in the collision repair industry, Roger retired on March 31 so he could spend more time with his family and enjoy the things he loves to do – motorcycling, flying airplanes and traveling.

“Roger is a true champion of AASP-MN and the collision repair industry,” Anderson added. “The association and its members wish Roger and Jill the very best for a long and happy retirement.”

WIN Calls for Board of Director Candidates