“The Supplier of the Year award is always special, but those suppliers recognized this year have risen above and beyond the call during one of the most challenging years in GM history,” said Bob Socia, vice president, Global Purchasing and Supply Chain at General Motors. “This is truly a world-class list of suppliers.”

The significance of receiving this award for 2009 is indeed recognized by BASF. Juan Carlos Ordonez, group vice president of BASF Coatings North America, accepted the award on behalf of BASF during General Motors’ 18th annual Supplier of the Year business meeting and recognition ceremony on March 11 at the GM Design Dome in Warren, Mich.

“It is truly an honor to be recognized as a global supplier exemplifying the level of performance that General Motors expects from its supplier partners in this very challenging and competitive environment,” said Ordonez. “Winning this award six times since 2002 is a tremendous source of pride for BASF employees as we work every day to strengthen our relationship with General Motors by providing world class products and services.”

Joe Schmondiuk, BASF’s Global Account Director for General Motors, notes that in past years, General Motors has honored closer to 100 suppliers with this award.

“This year, BASF is one of only 76 total suppliers – and the only paint supplier – recognized by General Motors for 2009,” said Schmondiuk. “We will work even harder in the future to ensure BASF supports the success of General Motors and continues to build our mutually beneficial partnership.”

The General Motors Supplier of the Year program started in 1992, and each year a global team of purchasing, engineering, quality, manufacturing and logistics executives determines the winners. The decisions are based on supplier performance in the areas of quality, service, technology and price. 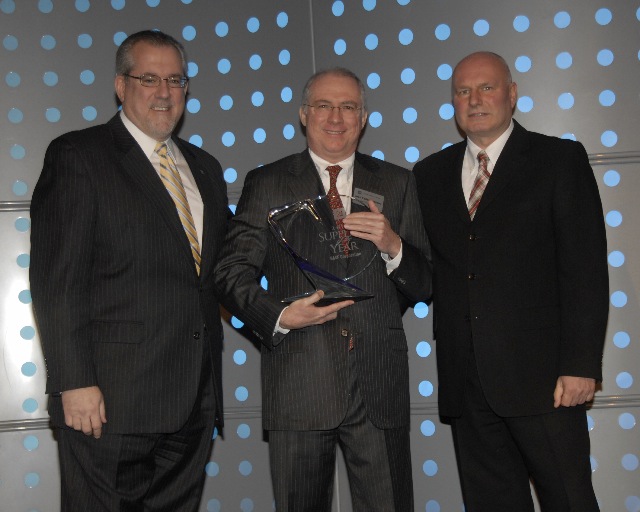