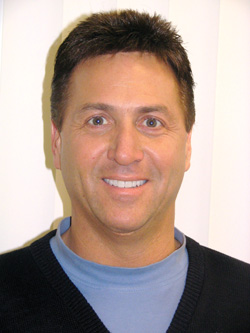 “Over the past three years, as DCR Systems has experienced proof-of-concept of our collision repair model based on ‘lean manufacturing’ principles, we have had hundreds of inquiries from all facets of the industry, asking for access to what we do and what we continue to develop,” says DCR Intellectual Property Company President and CEO Michael Giarrizzo Jr. “In the past, we only utilized the system in collision repair centers that we operated. With the recent formation of DCR IP Company, we’re responding to the industry’s needs.”

Those dealers or independent shop owners who license DCR Systems’ model will pay a licensing fee and a royalty to DCR Systems. They will operate their shops themselves but receive architectural drawings, a detailed equipment plan, a tooling plan, a supply chain plan, recruiting help, ongoing training, people development, compensation models and ongoing support through on-site visits, group meetings, webinars, conference calls and access to all DCR curriculum and improvement initiatives.

DCR Systems offers no formal guar-antees but instead cautions prospects on how critical volume is in a process-centered environment.

“Inconsistent volume poses challenges based on the investment, but that doesn’t mean it can’t be done,” says Giarrizzo.

DCR Systems’ previous focus was on dealers who desired to offer collision repair as a way to achieve their “customer for life” goal but had no interest in running a shop themselves. The licensing will now allow the company to also do business with those dealers who want DCR Systems’ process but want to operate their shops themselves.

DCR Systems filed for patent protection nearly 30 months ago before the first operation was even running, knowing it had something special on its hands.

“Since then, our doors have been pretty wide open to the industry, and I think a lot of learning has come from that,” Giarrizzo says. “We just want people to come up with their own model specifics versus copying ours. And if they want a copy of ours, we can now facilitate that.”

“They’re asking how we can be a resource in helping them change over some of their mechanical service departments,” says Giarrizzo.

Giarrizzo, who describes DCR Systems’ process as “the application of lean, Six Sigma, Theory of Constraints and the principles behind the Toyota Production System all combined together in an interdependent set of steps,” is hoping that his licensing initiative will lead the necessary change the industry needs to make.

“I won’t say this will ‘turn the industry around’ because there are a lot of successful operators out there today who still use the traditional model,” he says. “But the fact of the matter is that everybody wants their cars back faster, with documented quality and at a price competitive to the market. We used to live in a cost plus desired margin equals price world, but today the collision repair industry is similar to other industries in that price is determined by the customer and what the customer is willing to pay.”

DCR Systems Makes Lean Process Available to All Through Licensing