Sam Metz was just as horrified and sad as the rest of the Reno, Nev., community when he heard about the abduction, rape and murder of a young Santa Barbara City College student. But he was determined to help find the killer and knew he had the skills to do so thanks to his 45-plus years in the collision repair industry.

In the early morning hours of Sunday, Jan. 20, 2008, Brianna Denison was abducted from the couch of a friend’s house she was visiting in Reno. At less than 100 lbs., she was no match for the 6-foot-tall, 200-lb. kidnapper who would eventually rape and murder her. She was discarded in a field and not found until Feb. 15, 2008.

Evidence linked two earlier rapes near the University of Reno to the same person. Police had DNA from this person and a physical description of both the individual and the vehicle thanks to the first and second victims.

An incredibly detailed description of the vehicle was released to the public in hopes that someone could identify it, but to everyone’s surprise, no one could.

Metz, who is now retired but had previously managed Bill Pearce Collision Center in Reno and is a founding president of the Nevada Collision Industry Association State Board, had been following the case closely as employees and customers of his shop discussed the crime. It was then he realized that the investigation team just didn’t have the proper resources to identify the vehicle – but he did.

“In the automobile industry, we do things on a daily basis that just come naturally due to the time we’ve put in and the experience we have,” Metz said. “Consumers depend on this knowledge. It’s what we do, and for the most part, we’re very good at it.”

So Metz started spending all of his spare time trying to identify the vehicle by eliminating makes/models it definitely couldn’t be based on the description available. Then, he reached out to Detective Dave Jenkins of the Reno Police Department and offered his help. Metz says Jenkins was initially skeptical that he could narrow the search for the vehicle.

“I explained to him how parts personnel determine and identify replacement components by identifying the vehicle, the function of the part, location, size, etc. Given the correct information, a replacement part can be supplied,” said Metz. “I then explained that it might be possible to reverse that process to reasonably determine a manufacturer and date range.”

This information changed Jenkins’ mind, and he told Metz he was traveling to Taiwan to re-interview the second victim and that if Metz had any questions pertaining to the vehicle, he would present them to her at that time.

Metz spent the entire following weekend on his laptop doing more research and eventually narrowing the search to two manufacturers. He sketched seats and dash configurations and came up with additional questions for Jenkins to ask the victim. He had told Jenkins that each vehicle has a “signature,” or design characteristics created by the manufacturer to make it different from the competition.

When Jenkins returned several weeks later, Metz was amazed at the additional vehicle details he had gotten: no beads on the seat covers, squared corners on the console lid, unfocused dome light, seat bottom approximately 31 inches from the ground, etc.

Using Mitchell and CCC Pathway illustrations, Metz quickly determined that the vehicle was a Toyota Tacoma. He confirmed his findings by viewing the illustrations and specifications on Carsdirect.com.

“After reviewing further descriptions of the interior, researching manufacturing processes for given years and understanding that vehicle builders have unique features, I was convinced,” Metz said.

Metz met with Jenkins again and explained to him item-by-item how he had reached his conclusion. Metz and Jenkins were then able to build a partial VIN number, and the Department of Motor Vehicles was then able to provide a list of vehicle registrations.

According to Metz, a suspect, 28-year-old pipe fitter James Biela, was arrested a few months later. Biela was eventually convicted of five charges of kidnapping, rape and murder and sentenced to death by lethal injection.

Jenkins called Metz several days after the arrest to inform him that the suspect’s vehicle was, in fact, a Toyota Tacoma.

Metz wants to emphasize to the automotive service and collision professionals that if they’re willing to assist law enforcement in solving crimes, their expertise can be a big asset.

“Automotive professionals often overlook the abilities they have that are inherent with their business,” Metz said. “I’m not saying we’re detectives or should lead some type of charge to solve every crime out there, but if we’re able to provide assistance in an event as aggregious and despicable as this, I believe we should. More than that, I think we’re obligated to do so. After all, we’re not only professionals but members of a community dedicated to helping one another out. Plus, those of us who offer our services when needed will be better people for it.” 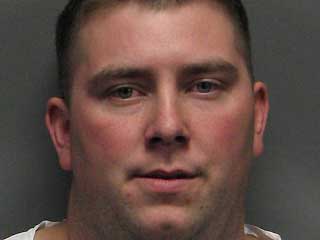 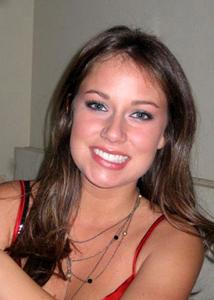