The Automotive Body Parts Association went over the results of its December 2010 laboratory crash test at the Collision Industry Conference in Secaucus, New Jersey on March 17, stating that the test proves that aftermarket crash parts are safe.

The CIC presentation was called, "The Truth About Aftermarket Parts: A Scientific Assessment," and was given by Eileen Sottile, co-chair of the ABPA Regulation and Legislation Committee. The goal was to discredit previous demonstrations that featured a Sawzall cutting through OE and aftermarket rebars that led witnesses to believe that OEM rebars were superior to aftermarket rebars. Also, ABPA wanted to refute claims by Ford Motor Company that aftermarket parts compromised safety systems in Ford vehicles.

Commenting on the results of ABPA’s test, Sottile said, "It comes as no surprise to us that aftermarket parts are safe."

Before delving into the specifics of the study, she reminded the audience that as the use of alternative parts increases, the number of total losses decreases.

Sottile claimed the aftermarket has a 60-year history of providing quality, safe parts, and also claimed that in that time, there has not been a single documented case of an aftermarket part failing. Also, that more than 95 percent of insurers specify some aftermarket parts.

"They keep OE prices down, and the warranties are better than OE warranties," she said.

She said that currently, 66 percent of all parts used are OE, 20 percent are remanufactured/recycled and 14 percent are aftermarket. With the number of OE dealers declining, she said the aftermarket has served to "pick up some of that slack."

Sottile said that less than 1 percent of all aftermarket components are structural parts, and less than half of one percent are rebars.

Citing the Sawzall test conducted at the January 2010 CIC in Palm Springs, which purported to show that the OE rebar was made from superior materials than the aftermarket rebar because the saw could barely cut through the OE while it went through the aftermarket more easily, Sottile attempted to discredit the test entirely.

"Cutting through parts with saws has no relevance or basis in science or is a predictor of anything," she said. "OEs don’t use saw tests as part of their product development, and results can vary by parts selected, how the saw was held, the positioning of the hand, etc."

Sottile then took on Ford’s claim that aftermarket bumpers lead to more airbag deployments at low speeds, saying that ABPA’s test showed similar crash management between the aftermarket and OE.

"We tested at a low speed because we were criticized for originally testing at 35 mph," said Sottile. "Both the aftermarket and OE bumper absorbed the same level of energy, and there was no airbag deployment. However, the aftermarket outperformed the OE part in damageability, with the vehicle that had the aftermarket bumper costing $200 less to fix than the OE vehicle."

Sottile also claimed that ABPA discovered through research that some of Ford’s parts are manufactured in China and not the U.S. as it claims. But Paul Massie, powertrain and collision product marketing manager for Ford, disagreed.

Massie also questioned why ABPA didn’t conduct an 8-mph test. In Ford’s own test, he said that the 8-mph test showed the biggest difference between the aftermarket and OE rebars – that an aftermarket rebar could indeed cause the airbag to deploy.

Comments from the Crowd

I-CAR instructor Toby Chess brought into question the definition of like, kind and quality, saying that it means "the same," yet aftermarket parts are not technically the same as OE parts because they’re made of different materials. He also defended his Sawzall test, denying that he said an aftermarket bumper was definitely going to affect the airbag, only that it "could."

Dusty Womble, operating partner/vice president/general manager of Roger Beasely Collision Center in Austin, Texas, took the OE side, saying, "I’ve never had to replace an OE part for poor fit – and if I did, the OE stepped up and paid retail for it."

Yet immediately after him, another shop owner got up and defended the aftermarket. "The aftermarket is the one that stepped up when I had a problem, and the OE didn’t," she said.

Industry consultant Chris Northrup ended the session by reminding everyone that there are "different levels of quality in the aftermarket." 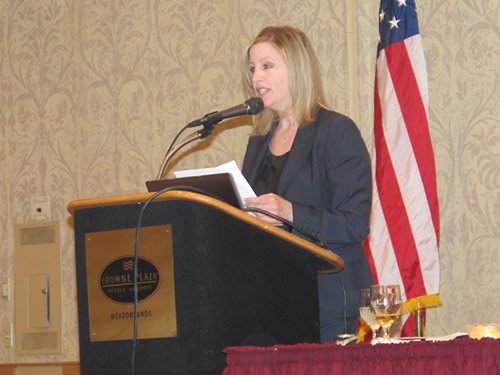 ABPA Goes Over Results of Crash Test at CIC