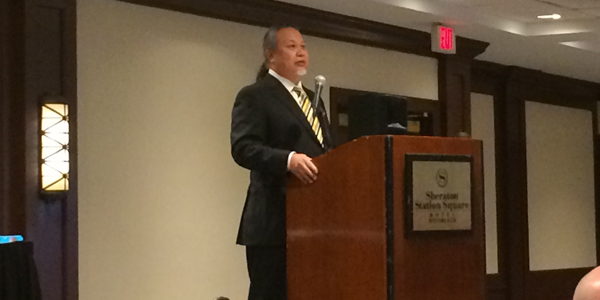 Kye Yeung’s parents wanted him to be a doctor or lawyer, but the new SCRS chairman dropped out of college to open a body shop – and never looked back.

But Yeung, who owns European Motor Car Works in Santa Ana, Calif., wasn’t bragging. In fact, the new SCRS chairman dedicated most of his time to reflecting on his humble beginnings in collision repair.

His first exposure to collision repair came in high school. Yeung had a fight with his girlfriend, Brenda (now his wife of 41 years), stormed off and wrecked his car.

“I did a big burnout in front of the street we lived on and crashed into my neighbor’s car,” Yeung recalled. “As a punishment, my parents made me take the bus after school and sit while the car was being repaired. That was my first time in a body shop.

“Back then, there wasn’t OSHA, there weren’t a lot of rules, so the guys took me in. They let me sweep the floors. And I got to see how it was done, not thinking that I would ever do that as a living.”

Yeung had a passion for cars. When he was nine, he heard Jan & Dean sing about a Corvette and Jaguar drag racing in “Dead Man’s Curve,” and the song made an indelible impression. But Yeung’s parents had different ideas.

“Coming from an Asian culture, my parents wanted me to succeed as a doctor or attorney,” Yeung said. “But I just wanted to work on cars. So we had this struggle within.”

In 1975, Yeung asked Brenda’s father for her hand in marriage. He also asked a bold question: What if he dropped out of college and started his own business? Yeung’s new father-in-law gave him his blessing. “He was the one who believed in me,” Yeung added.

So Yeung opened a one-man shop in Santa Ana.

“I have to admit I wasn’t very good,” Yeung said. “I had to siphon gas out of some customers’ cars to get home. I called my dad to bring me lunch, because I had no food for lunch.”

“I had this conviction that I had to be the best I could be to serve my customers, to lead by example,” Yeung said.

Since then, Yeung’s business has grown steadily. Today, he operates out of a 16,000-square-foot facility in Santa Ana with the help of his daughters, Jennifer and Nichole, and his son-in-law, Mike Hubbard (who married Nichole in 2009).

Yeung acknowledged that he had to make some sacrifices along the way. Sometimes, work stood in the way of family time, and he had to miss some of his daughters’ cheerleading competitions, basketball games and recitals.

“I prayed that somehow I could make that up,” Yeung said. “And by God’s grace, I work with them everyday now. It’s just an awesome, awesome thing – just a big circle.” 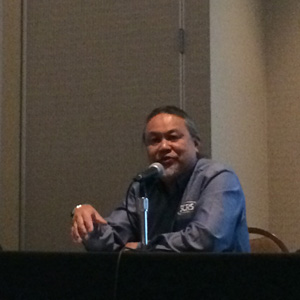 Yeung credits SCRS for helping him grow personally and professionally. His first contact with SCRS was in the early 2000s, when the late March Taylor contacted Yeung to inquire about the Jaguar Structural Repair program. Through Taylor, Yeung got to know Toby Chess, Barry Dorn, Aaron Clark, Gary Wano and others who have been active in SCRS over the years.

“My colleagues have embraced me,” Yeung said. “I’ve grown so much at SCRS because of the wisdom that they’ve given me, and their friendship – friendships for life.

“I came [to SCRS] thinking that I had all this knowledge to offer. And after my first board meeting, I realized that I didn’t know that much. And it was very humbling.”

Dingman: SCRS ‘Has a Lot to be Proud of’

Dingman, general manager of Dingman’s Collision Center in Omaha, Neb., said SCRS “has a lot to be proud of.” 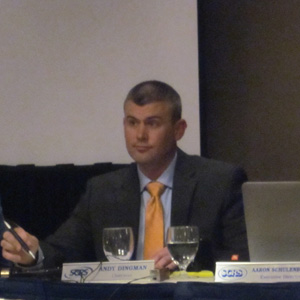 “It’s been an absolute honor and privilege to serve with all of you,” Dingman said. “I certainly look forward to serving you in the capacity as past chair for years to come. Your selflessness as you continue to work for this industry – I’m humbled and in constant admiration of all that you do.”

Associations: WIN to Hold Virtual Event on Benefits of Membership