Wake Up and Smell the Coffee - BodyShop Business 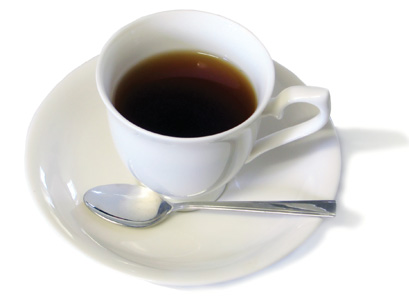 Quick! Send out an all-points bulletin! I have earth-shattering news from Captain Obvious. Brace yourselves for this …

I know, I know. But did you know that, apparently, even the smell of coffee has this magical effect? Thank God someone finally unraveled the mystery surrounding the phrase, “Wake up and smell the coffee.”

As you begin to piece back together the fragments of your shattered lives, I’ll explain how Captain Obvious made this unparalleled discovery.

Serving as a testament to the fact that you can find someone to pay you to study anything, the RAC Foundation recently completed a study on the effects of certain scents on a person’s driving.

What prompted this unusual area of study? According to Conrad King, the RAC Foundation’s consultant psychologist, “More than any other sense, the sense of smell circumnavigates the logical part of the brain. This is why the smell of baking bread can destroy the best intentions of a dieter, and the smell of a perfume can turn men into gibbering idiots.” (I’ve met a lot of idiots when I wasn’t wearing perfume. Anyone want to pay me to study that?)

In addition to coffee, scents like peppermint, cinnamon and lemon were found to boost attention and concentration, whereas the smell of fast-food wrappers and fresh bread increase the odds of road rage and speeding.

Stressed? Pick your air freshener wisely. While the scent of the ocean was found to promote calm and deep breathing, smells like chamomile, jasmine and lavender actually over-relaxed drivers — sometimes to the point of putting them to sleep. Think of it as the difference between Jimmy Buffett and Vivaldi.

It makes sense, though, because chamomile, jasmine and lavender are common cures for insomnia. (Funny, I always assumed the cure for insomnia was my organic chemistry professor.) But before you toss that little green tree, consider that a neutral-smelling car was found to create irritability or even olfactory hallucinations.

Drivers too worried to navigate the dangerous world of car scents alone are in luck — cars of the future will have built-in systems to detect the driver’s mood and alter the car’s scent accordingly. So in 2020 when you’re feeling a little drowsy, your car will fill itself with the aroma of fresh brewed coffee.

I always knew that eventually Starbucks would rule the world.

Liz Blickle is a freelance writer for BodyShop Business. Her car smells like lavender, which might help explain her lack of attention behind the wheel and her questionable driving history.