CARSTAR Pete’s hosted the South Windsor (Connecticut) Chamber of Commerce’s monthly Business After Hours, which featured several local officials who spoke on poverty in the region.

CARSTAR Pete’s hosted the South Windsor (Connecticut) Chamber of Commerce’s monthly Business After Hours, which featured several local officials who spoke on the state of poverty in the South Windsor and Windsor regions.

The event was open to members of both the South Windsor and Windsor Chamber of Commerce to bring together businesses separated only by a five-minute drive over the Connecticut River. The event was also the culmination of a paper and personal goods collection effort by CARSTAR Pete’s and Geissler’s customers to benefit both towns’ food banks.

Several local officials at the event were asked to comment on the state of poverty in the region. Andrea Cofrancesco, South Windsor Human Services director, and Ernest Perreault, Windsor Food and Fuel Bank president, explained the ongoing need to provide goods to families in their towns.

“During the holiday season, food is generously donated, but throughout the year there is a challenge to provide paper and personal goods such as toilet paper and toiletries,” said Cofrancesco.

Added Perreault, “Diapers are also a high-demand item.” He also explained how the Windsor Food Bank has grown over the years as the need for it has expanded. Located in an old school, Windsor’s Food Bank has been able to take advantage of a walk-in refrigeration system and provides fresh produce and meats in addition to non-perishables.

“Hunger is real and it is regional,” said Saud Anwar, mayor of South Windsor. “We must know that there are people in our neighborhoods who are making difficult choices relating to hunger.”

“When we strengthen the business community in our area, thereby providing more and better paying jobs, we can directly address poverty in the region,” said Tom Delnicki, South Windsor’s state representative. “CARSTAR Pete’s is a role model on how a business can care and be involved in the community.”

Windsor State Representative Jane Garibay offered her perspective on the types of jobs that are available and well-paying but lack the appropriate hiring pool.

“There are many excellent-paying trade and manufacturing opportunities in our region, but there is a shortage of people educated and trained to fill them,” said Garibay. “The emphasis on a traditional college degree has made a demand for skilled tradespeople who many times can get an entry-level job at much higher wages than a new college graduate.”

“We are happy to have hosted this event that offered an educational, community service, and enjoyable business networking in a social atmosphere,” said Pete Gutska, owner of CARSTAR Pete’s. “It was encouraging that the attendees were evenly split between Windsor and South Windsor and that new business relationships were sparked.”

Advertisement
In this article:carstar, Connecticut, MSOs

Attendee Registration for 2020 SEMA Show Now Open
Connect with us 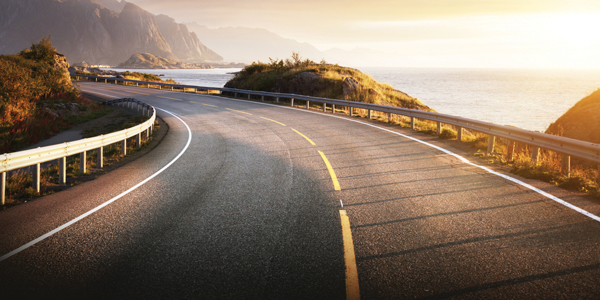