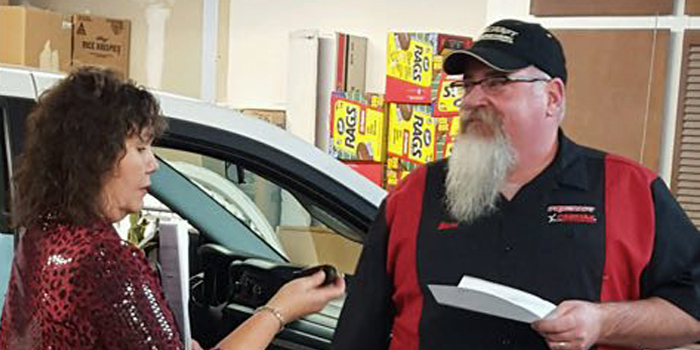 The collision and mechanical repairs were all performed by technicians at CARSTAR Procraft and Procraft Automotive & Truck Repair. 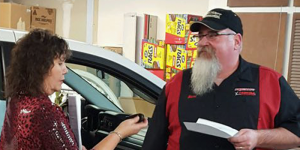 CARSTAR Procraft, in partnership with State Farm and the YWCA, presented a 2008 Dodge Caravan to a deserving Great Falls, Mont., resident as part of the National Auto Body Council’s (NABC) Recycled Rides program.

This is the second time that CARSTAR Procraft has participated in the program. The slightly damaged vehicle was donated by State Farm. The shop was also able to bring together several community businesses to donate to the vehicle’s repair, including Lithia Dodge, which provided OEM replacement parts. Donations were also provided by Enterprise, Metro Auto Paintless Dent Repair, Preferred Auto Glass, NAPA, Outlaw Graphics and My Viola.

The collision and mechanical repairs were all performed by technicians at CARSTAR Procraft and Procraft Automotive & Truck Repair.

“We are exceptionally pleased with the results of the project,” said Steve Howard, owner of CARSTAR Procraft. “I want to thank our staff as well as all who made contributions. Without them, this would not have been possible.”

The YWCA served as the non-profit sponsor to select the recipient. After going through several applications, they chose Great Falls resident Donna Butler as the lucky recipient. Butler had been relying on friends or public transportation to get around town for the past three to four months.

“We have watched her struggle and are so grateful for the opportunity for Donna to have a vehicle of her own,” said Janet Duffy, former YWCA executive director. “It will truly restore some of her personal power and independence!”

The donation was made in a ceremony and reception at CARSTAR Procraft on Wednesday, Dec. 16th, 2015.