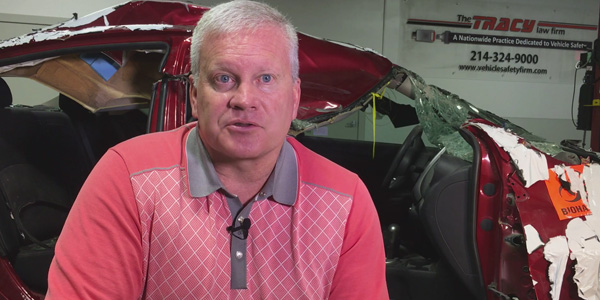 Attorney Todd Tracy, who represented Matthew and Marcia Seebachan in their negligence lawsuit against John Eagle Collision Center, has a message for body shops in the wake of the Seebachans’ court victory.

Attorney Todd Tracy, who represented Matthew and Marcia Seebachan in their negligence lawsuit against John Eagle Collision Center, has a message for body shops in the wake of the Seebachans’ court victory.

“Every auto body shop across the nation should post this verdict beside the sign-in sheet for auto insurance adjusters at their businesses,” Tracy said. “Auto insurance carriers do not know anything about vehicle safety, and their payday of putting profits over the safety of people is over. The jury has spoken: If you are going to be a patsy of the auto insurance industry, you will pay the price. ”

During and after the trial, Tracy has argued that State Farm bullied the body shop into deviating from Honda’s repair manual to cut costs. The jury held John Eagle Collision Center negligent for using glue to replace a hail-damaged roof on the Seebachans’ 2010 Honda Fit, instead of using structural welds as specified by Honda.

Matthew and Marcia Seebachan suffered severe injuries when their Honda was T-boned by a Toyota Tundra in December 2013. Automotive engineering and biomechanical experts told the jury that the Seebachans should have walked away from the accident, if not for the improperly replaced roof that buckled.

The outspoken Tracy asserted that the jury’s verdict sends a clear message that auto insurance companies need to keep their noses out of the auto repair industry.

“Greedy insurance companies have been bullying auto body shops into fixing damaged vehicles with unsafe practices and materials for decades,” Tracy said. “Jury members clearly stated after the verdict that if a collision repair center makes a business decision not to follow original equipment manufacturer (OEM) safety repair rules, then it is their responsibility to pay for the financial damages that result.”

When questioned about the body shop’s repair practices, the shop director for John Eagle Collision Center testified that the shop was at the mercy of the insurance companies. He said the shop allowed insurers to dictate repair procedures because the body shop needed to get paid.

John Eagle’s defense argued that the roof of an automobile was not part of its structure and that using bonding adhesives was a “business decision” utilized in the industry for the past 15 years.

The jury revealed that during deliberations they sifted through photographs of the wrecked Honda Fit that had been introduced as exhibits. That evidence further convinced them that the glued roof panel had separated from the safety cage, “causing a domino effect of structural failures,” as Tracy’s law firm has described it.

While the defense claimed that the glue was stronger than welders, expert witness Neil Hanneman, an automotive engineer,

described how the failure of the glued roof set off a chain reaction of structural failures that caused the Honda’s safety cage to collapse and rupture the gas tank located below the driver’s seat where Matthew Seebachan was behind the wheel.

Since the 2013 accident, the Seebachans have incurred more than $1 million in medical bills, according to the Tracy Law Firm. Matthew Seebachan, who suffered fourth-degree burns to his feet, will continue to experience intense nerve pain akin to the sensations of giving birth, a physician asserted during the trial.