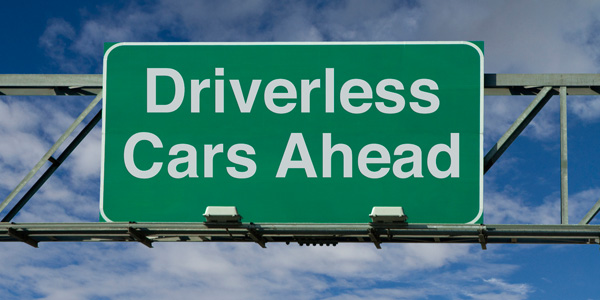 As Congress makes headway on legislation to expedite the rollout of self-driving cars, automotive and technology companies are already forging ahead in spite of lingering regulatory uncertainty and other challenges, according to a new survey conducted by the law firm Foley & Lardner LLP.

As Congress makes headway on legislation to expedite the rollout of self-driving cars, automotive and technology companies are already forging ahead in spite of lingering regulatory uncertainty and other challenges, according to a new survey conducted by the law firm Foley & Lardner LLP.

Foley’s 2017 Connected Cars & Autonomous Vehicles Survey found that traditional automakers and suppliers have been joined by emerging and mature technology companies in the race to fill the streets with driverless cars. However, there remain barriers to these technologies reaching their growth potential and gaining acceptance by the general public.

While the terms “connected cars” and “autonomous vehicles” are often used interchangeably, there are clear differences in where the technologies currently stand and their obstacles to growth. For connected cars, which have sensor-enabled communication systems, the largest percentage of respondents (31 percent) view cybersecurity and privacy issues as the most pressing concern. By contrast, respondents identified safety (35 percent) and consumer readiness to adopt (24 percent) as the top obstacles to advancing autonomous vehicle development.

“Connected car technologies are already prevalent today, with increasing ease of access, convenience and affordability. Thus, it’s not surprising that cybersecurity and privacy are top of mind with industry executives,” said Mark Aiello, co-chair of Foley’s Automotive Industry Team and partner in the Detroit office. “With the deployment of autonomous vehicles further on the horizon, convincing consumers of the viability of self-driving cars and the potential to reduce accidents is a more near-term focus.”

The business strategies and operations of traditional automakers and suppliers are clearly being influenced by emerging and established technology companies that see opportunities at every point along the supply chain. Only 15 percent of respondents believe that accelerated technological innovation and new industry entrants are not disrupting traditional automotive supply chains. In conjunction with these market shifts, respondents in the automotive industry increasingly expect their primary competition to come from nontraditional sources – including technology startups (22 percent) and established technology companies (22 percent) – over the next three years.

“Industry stalwarts recognize that competition is now coming from all sides and must be taken seriously,” said David Kantaros, co-chair of the firm’s Technology Industry Team and partner in the Boston office. “As various participants seek market share in this ripe area, we anticipate continued disruption in the automotive industry and new types of collaborations between automotive and technology companies to drive innovation.”

Respondents also expect the automotive sales process to continue evolving as new technologies enter the market. The vast majority (77 percent) anticipate that automakers will bundle more connected services and/or autonomous features at the point of sale, while roughly half (46 percent) predict that sellers will increasingly leverage vehicle data to guide the sales process.

The legislation advancing in Congress would address regulatory obstacles to deployment of self-driving cars and preempt state laws – a welcome development in an industry seeking greater regulatory certainty and an alternative to the patchwork of differing state requirements. Nearly two-thirds of respondents (62 percent) believe that nationally consistent rules from the federal government are the best way to regulate connected cars and autonomous vehicles.

“Given the significant financial and safety stakes, the sophisticated nature of the technology and the likely pervasive impact on society, it is not efficient for 50 different states to dictate the development of the industry,” said Steve Hilfinger, co-chair of Foley’s Manufacturing Industry Team and partner in the Detroit office. “The legislation moving through Congress should serve as a springboard to further guidance and rules that will spur development and innovation, prioritize safety and emphasize education.”

While survey respondents underscored the importance of simultaneously devoting resources to connected cars and autonomous vehicles, more than half (54 percent) struggle to fund and commit the necessary time to develop and implement these technologies. Concerns around the shortcomings of roads and public infrastructure (39 percent) and regulation and legal risks (37 percent) were also top of mind.

In developing technology for connected cars and/or autonomous vehicles, respondents identified cybersecurity attacks (63 percent) and intellectual property protection (58 percent) as most concerning to their companies.

“Connected car and autonomous vehicle technologies raise an array of intellectual property considerations,” said Pavan Agarwal, partner in the Washington, D.C. office and former chair of Foley’s IP Department. “Whether a company focuses more on developing hardware components or software solutions, they need to be hyper-attuned to leveraging their own IP to gain and protect market share, as well as to addressing risk from competitors’ IP.”

Silicon Valley, with its high concentration of capital and innovative technology companies, and Detroit, with industry veterans who know how to build and sell millions of cars, were identified by respondents (70 percent and 46 percent, respectively) as the top two regions that will lead the development of connected cars and autonomous vehicles.

“The survey results affirm the important role of new technologies in the automotive industry. Incumbents are increasingly embracing these changes through startup investments and acquisitions, while new entrants are positioning themselves for successful integration into traditional supply chains through commercial partnerships with incumbents,” said Todd Rumberger, co-chair of the firm’s Technology Industry Team, vice-chair of the Private Equity & Venture Capital Practice, and partner in the Silicon Valley office. “Whether Silicon Valley and Detroit are on a collision course or a collaborative and integrated path forward remains to be seen, but in the near-term, we expect each will continue to do what they do best – innovate and produce.”

On the international side, respondents anticipate the most innovation from Germany (38 percent) and Japan (20 percent), both of which have significant automotive industries and are supporting and investing in technology initiatives in this space. While respondents are starting to eye China (12 percent), this percentage will likely rise quickly, especially on the supplier side, given the backing of its government and the emphasis being placed on electronics and battery technology.

More than 80 executives, a majority with C-suite or director-level titles, at leading automakers, suppliers, startups, investment firms and technology companies completed the 2017 Connected Cars & Autonomous Vehicles Survey. The results were released in conjunction with Foley’s Connected Vehicles and Emerging Technologies in the Automotive Industry event, held on Oct. 24 in Palo Alto, Calif.