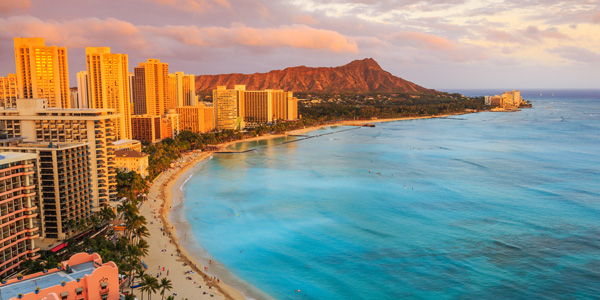 Hawaii state Rep. Roy Takumi has introduced a bill that would prohibit insurance carriers from charging additional fees when OEMs recommend the use of original parts to repair collision-damaged vehicles.

Hawaii state Rep. Roy Takumi has introduced a bill that would prohibit insurance carriers from charging additional fees when OEMs recommend the use of original parts to repair collision-damaged vehicles.

The text of House Bill 1620 asserts that aftermarket parts “can be unsafe because they are not crash-tested and are inferior to original equipment manufacturer parts in fit and finish.”

“Furthermore, many motor vehicle insurers do not allow insureds to decide whether repairs are made with aftermarket parts or original equipment manufacturer parts, and they may in fact refuse to reimburse insureds for the additional costs of installing original equipment manufacturer parts, even when necessary to restore a vehicle to its pre-collision condition,” the bill continues. “This practice of the insurance industry has resulted in lawsuits across the nation when aftermarket parts installed in repaired vehicles have failed in subsequent collisions.”

The proposed bill generated detailed comments from supporters and opponents of the bill.

Dale Matsumoto, president of Auto Body Hawaii, voiced his shop’s “strong support” of HB 1620, in a letter to the Hawaii House Committee on Intrastate Commerce.

Sabrina Dela Rama, president of the Automotive Body and Paint Association of Hawaii and manager of the Tony Group Collision Center, also voiced “strong support” for the bill, noting that the modern vehicle “is built as a one-piece safety system.”

“Modifying the system by using a part that’s not of the same quality could have dramatic consequences to the occupant’s safety,” Dela Rama says in a letter to the committee.

“When repairs are required, the best way to guarantee that a vehicle will retain and fulfill all crash requirements following repairs is to follow original equipment manufacturer repair standards and use only new original parts,” Rolf says. “Any deviation could have serious consequences on the crash performance of the vehicle and jeopardize the safety of the occupants.”

The bill has plenty of opposition as well.

In a letter to the House Committee on Intrastate Commerce, LKQ asserts that the bill “intentionally creates a monopoly for the auto parts industry in favor of vehicle manufacturers and OEM parts, while dismissing the many benefits that independent vendors and alternative parts provide to consumers.”

Insurers and others voicing opposition to the bill say it would result in higher insurance rates for consumers.

Currently under Hawaii Revised Statutes (HRS) Section 431:10C-313.6, insurance carriers must give policyholders and claimants the option of authorizing a shop to use an OEM part or “a like kind and quality part of an equal or better quality than the original equipment manufacturer part if such part is available.” If the insured or claimant chooses an OEM part, he or she must pay the difference between the OEM part and the aftermarket part, “unless original equipment parts are required by the vehicle manufacturer’s warranty.”

The bill proposes to alter the last part of the paragraph to read “ … unless original equipment parts are required or recommended by the vehicle manufacturer.” (Emphasis added)

Gordon Ito, insurance commissioner for the Hawaii Department of Commerce and Consumer Affairs, asserts that “the proposed change lacks an obvious benefit to the consumer.”

“Insureds would pay higher insurance premiums, since accidents routinely involve damage to motor vehicle body parts, and original body parts cost significantly more than aftermarket parts,” Ito says. “Further, changing the statutory requirement from manufacturer-‘required’ parts to manufacturer-‘recommended’ parts would mean the insurer would cover the cost of all original parts, since it is likely all manufacturers would ‘recommend’ the use of higher-priced original equipment as replacements. This insurer mandate to cover the costs of all original replacement parts, which are significantly more expensive than aftermarket parts, will put upward pressure on consumer premium rates.”

Ito adds that the bill would result in more vehicles being declared total losses, “simply because insurers will conclude it cheaper to ‘total’ a vehicle than repair it.”