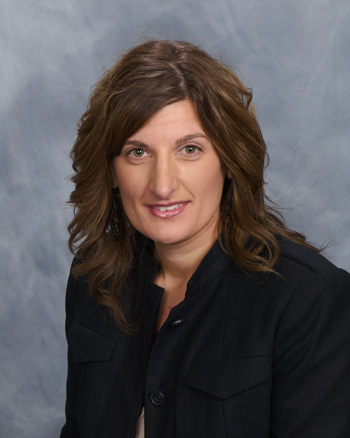 Athena Champion Award recognizes an individual or company for outstanding lifetime contributions, dedication and support of women in the specialty equipment industry.

The Athena Champion Award recognizes an individual or company for outstanding lifetime contributions, dedication and support of women in the specialty equipment industry. Winning the award is regarded as a major industry honor. According to SEMA, candidates for the award must have spent significant time working in the specialty equipment industry and “shown evidence of their support to the fulfillment, quality and advancement of women working in the industry.” In addition, they must have contributed “wisdom, encouragement and willingness” to help others as a foundation for women’s growth in the industry.

“It was an honor to receive this award,” said Fronzaglia-Murray. “At PPG, I’ve been afforded the opportunity and challenged to do my best in the specialty equipment industry. We’re all here to make a difference, and I have committed myself to pushing for more diversity and more women in the industry. Being recognized for that was truly a surprise, and a gratifying one at that.”

Fronzaglia-Murray further expressed her hope that support for women in the industry will continue to grow among men and women. “I hope to see a time when there’s not just an individual woman being honored but someone who is making a positive difference, period.”

The mission of the SEMA Businesswomen’s Network is to provide networking, education and recognition opportunities in the specialty equipment industry that will enhance the careers of professional women and positively affect the growth of the automotive aftermarket.

This is not the first time Fronzaglia-Murray has been singled out for her achievements. In 2011, she was recognized by the Goodguys Rod & Custom Association as its Woman of the Year for her work in the custom car industry. She serves on the PPG Refinish Diversity Committee, is a firm supporter of WIN (Women’s Industry Network) and the SEMA Women’s Business Network, and sits on the board of Girls With Sole, a nonprofit charity that addresses abuse and builds self-esteem among pre-teen and teenage girls through sports and fitness.

Fronzaglia-Murray began her career at PPG in 1993 as a sales trainee after graduating from Duquesne University in Pittsburgh with a major in marketing and business administration. She has since held sales and national account management positions at PPG. She has also helped launch a number of key PPG initiatives including the Commercial Coatings Warranty Program, the ADJUSTRITE Commercial Estimating System, the DELFLEET ESSENTIAL refinish system and the redesign of the PPG Automotive Refinish website. She was named PPG Automotive Refinish communications manager in 2005, and since then PPG Automotive Refinish has been recognized for a number of advertising and marketing programs. Most visible is Fronzaglia-Murray’s annual presence at the SEMA Show. Each year, she and her team dazzle show attendees with a PPG booth filled with exciting and colorful displays, celebrities and product debuts. The perennial question has become, “What will we do to top last year?” – a challenge Fronzaglia-Murray relishes.

Advertisement
In this article:ppg, SEMA