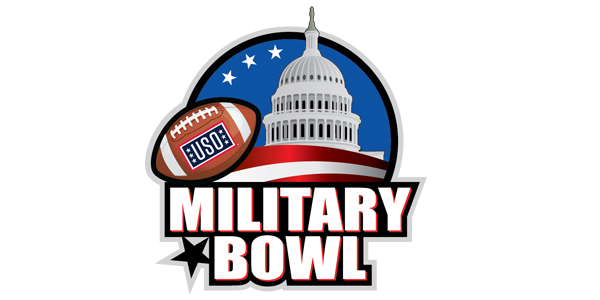 3M Automotive Aftermarket will kick off its 2018 3M Hire Our Heroes program as a sponsor of the 10th annual Military Bowl on Dec. 28, with Navy playing Virginia at Navy-Marine Corps Memorial Stadium.

3M Automotive Aftermarket will kick off its 2018 3M Hire Our Heroes program as a sponsor of the 10th annual Military Bowl on Thursday, Dec. 28, with Navy playing Virginia at Navy-Marine Corps Memorial Stadium. They will be joined at the Military Bowl by 3M Government Markets, 3M Military Support Network, 3M Personal Safety Division and 3M Consumer Health Care.

3M Automotive Aftermarket Division has had a longstanding commitment to giving back to the military men and women who have served the country. 3M also believes that the nation’s military veterans make great employees for the collision repair industry. That’s why 3M Automotive Aftermarket Division launched the 3M Hire Our Heroes program in 2013 to provide tool grants and scholarships to deserving military members who want to pursue a career in the collision repair industry. To donate, visit www.3MCollision.com/hire.

At the 2017 Military Bowl, the 3M Hire Our Heroes-themed NASCAR race car will be featured in the Military Bowl Parade, which begins at the City Dock and winds its way to the stadium, all led by the Budweiser Clydesdales and joined by military support organizations, community groups, bands, mascots and youth football teams. The racecar features a custom paint scheme designed by automotive legend Chip Foose to recognize the nation’s military members.

In addition, the 3M D.E.M.O. trailer will showcase 3M product solutions from across 3M at the Military Bowl Official Tailgate adjacent to the Navy-Marine Corps Memorial Stadium. The tailgate will feature military displays, games, music and entertainment.

“We’re honored to join in the festivities at the 2017 Military Bowl and pay tribute to the military traditions of the event and the surrounding Annapolis area,” said Dale Ross, U.S. Marketing Operations manager at 3M Automotive Aftermarket Division. “We are looking forward to showcasing the 3M Hire Our Heroes NASCAR race car at the parade, sharing new 3M product solutions at the tailgate and hosting our 3M customers at the game.”

3M AAD’s Hire Our Heroes program for veterans has seen great success. This is the fifth year that 3M has partnered with the Collision Repair Education Foundation in support of the collision repair industry and U.S. veterans. Since 2013, the 3M Hire Our Heroes program has generated $825,000 to be used toward scholarships and tool grants for military veterans and their family members. Nearly 270 military veterans and their families have already received scholarships and grants.

The 3M Hire Our Heroes grants are available for qualifying returning veterans and family members. Grants may be used for tuition, school fees, tools, textbooks and equipment at qualifying technical schools. For additional information and to apply, visit www.collisioneducationfoundation.org.

The ultimate goal of the 3M Hire Our Heroes campaign is to support the U.S. Chamber of Commerce in raising awareness for hiring America’s heroes and help drive employment in the collision repair industry for these deserving veterans and their families.