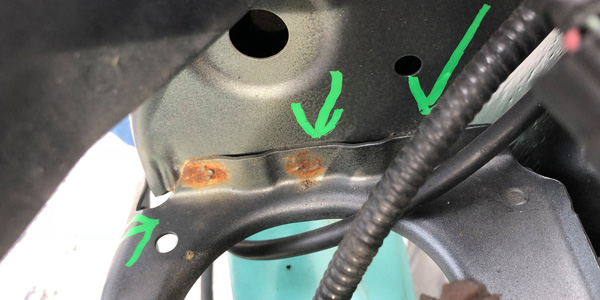 In his TV commercials, Dean Massimini, owner of Autotech Collision Service in Washington Township, N.J., cautions consumers to think twice about taking their collision-damaged vehicles to insurers’ preferred shops. Recently, his shop got an insurance job that illustrates his point.

In his TV commercials, Dean Massimini, owner of Autotech Collision Service in Washington Township, N.J., cautions consumers to think twice about taking their collision-damaged vehicles to insurers’ preferred shops. Recently, his shop got an insurance job that illustrates his point.

The vehicle – a Honda CR-V – came in with minor front-end damage from a deer hit, according to Massimini. When his technicians began to disassemble the vehicle, they discovered an aftermarket fender, hood and radiator; rusted replacement panels; and paint peeling off a reconditioned wheel.

After doing some digging with the customer, Massimini found out that she’d been involved in a previous accident, and she’d taken the vehicle to a Good Hands Repair Network facility. 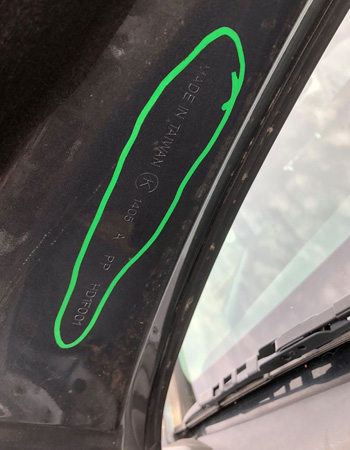 When she showed him the bill, he noticed that the shop had double-billed her for an American version and a Japanese version of the same frame rail.

“That’s technically fraud. They would probably lose their license if somebody reported them for that,” Massimini told BodyShop Business. “But I’m not looking to put another shop out of business. I’m just trying to enlighten my customers.”

Allstate offered to send the vehicle to another Good Hands shop to repair the CR-V, but the vehicle owner decided to have the work done at Autotech Collision Service, according to Massimini. That decision prompted a letter from an Allstate claims agent informing her that she might have to pay the difference between Autotech’s labor rate and “the prevailing labor rate in your market” if the customer chooses to have the vehicle repaired at Autotech.

“They send that letter to basically all of my customers in an attempt to intimidate them to go somewhere else,” Massimini told BodyShop Business. “ … They always try to tell my customers that they’re going to have out-of-pocket expenses.” 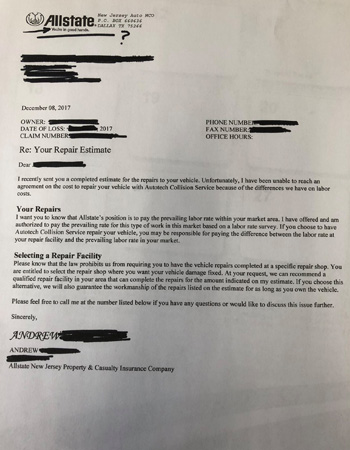 Although the letter acknowledges that steering is illegal, the claims agent tells her that “we can recommend a qualified repair facility in your area that can complete the repairs for the amount indicated on my estimate.”

Ultimately, the insurer declared her vehicle a total loss and will give her the full replacement value, according to Massimini.

“Not all shops have the same level of quality and training,” he concludes in a Facebook post. “Do your research and choose a shop that works for you, not your insurance company.”

For consumers who stumble upon his Facebook post or YouTube videos and are concerned about previous repairs performed at a DRP shop, Massimini said Autotech will conduct a free visual inspection. If the inspection reveals any “visual clues,” he’ll ask the consumer for “permission to dig a little deeper.”

“I don’t think all DRPs are bad,” Massimini said. “I just think that there’s a lot of pressure on them to perform and perform quickly and inexpensively. It’s just the nature of the beast.”

Advertisement
In this article:insurance, new jersey