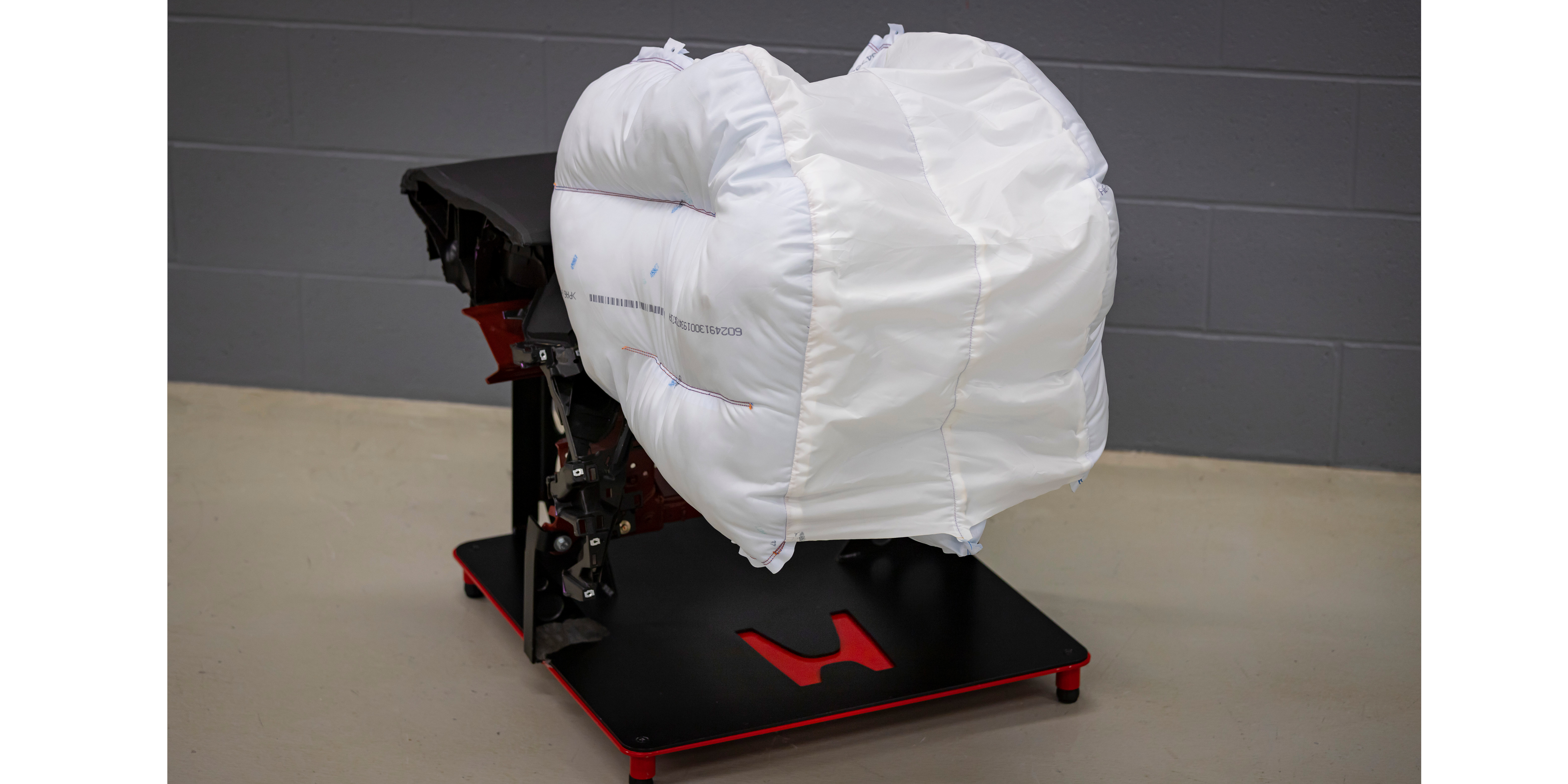 Honda has announced the development of a new passenger front airbag technology designed to better protect occupants in a wide range of frontal collision scenarios.

Honda has announced the development of a new passenger front airbag technology designed to better protect occupants in a wide range of frontal collision scenarios, including angled crashes between vehicles or a vehicle and another object. Honda plans to begin applying its advanced airbag design to new products in the U.S. in 2020.

Development and testing of the new airbag was led by engineers at Honda R&D Americas, Inc. in Ohio in partnership with Autoliv, one of the company’s safety systems suppliers. The new design is based on Honda’s commitment to developing technologies that better protect vehicle occupants in a wide range of crash scenarios. In 2017, upwards of 37,000 people lost their lives on U.S. roadways as a result of motor vehicle traffic crashes, a slight decrease from the previous two years, according to data from the National Highway Traffic Safety Administration (NHTSA).

“This new airbag technology represents Honda’s continuing effort to advance safety performance in a wider variety of crash scenarios and reflects the innovative thinking that our engineers are bringing to the challenge of reducing traffic injuries and fatalities,” said Jim Keller, president of Honda R&D Americas, Inc. “Guided by Honda’s ‘Safety for Everyone’ commitment, our engineers recognize that their work on this type of breakthrough safety technology will have  far-reaching effects on peoples’ lives for many years to come.”

Honda’s next-generation airbag is designed to reduce the potential for injuries that can occur in a wider variety of frontal impacts. It is particularly beneficial in angled frontal impacts in which lateral collision forces can cause an occupant’s head to rotate severely or slide off the airbag, increasing the chance of serious injury.

Unlike conventional airbag systems that rely on a single inflatable compartment, the new system utilizes four major components: three inflated compartments — a center chamber and two outward-projecting side chambers that create a wide base across the dash — along with a “sail panel” that stretches between the two side chambers at their outermost edge. Operating something like a baseball catcher’s mitt, the sail panel catches and decelerates the occupant’s head while also engaging the side chambers, pulling them inward to cradle and protect the head, mitigating the potential for injury.

This next-generation airbag technology is the result of Honda engineers’ study of real-world crash events along with research and testing conducted at the company’s advanced safety research center in Raymond, Ohio. Honda’s Ohio safety center is one the most sophisticated facilities for safety research, development and testing in the world and includes facilities dedicated to advanced crash simulations, pedestrian safety, collision testing, and advanced restraint system development and tuning.

Honda also is working to develop and deploy advanced passive safety and active safety systems that can reduce the severity of a collision or help avoid it entirely. In addition to passive safety systems such as airbags, seatbelts and advanced crash safety structures like the company’s Advanced Compatibility Engineering (ACE) body structure, Honda is aggressively deploying its Honda Sensing and AcuraWatch suites of safety and driver-assistive systems. Today, more than 2.5 million vehicles on U.S. roadways are utilizing these technologies, which are now standard or available on all 2019 and newer Honda models and standard on all 2019 and newer Acura sedans and SUVs. The company has committed to making this broad suite of technologies standard on nearly all of its vehicles by 2022.