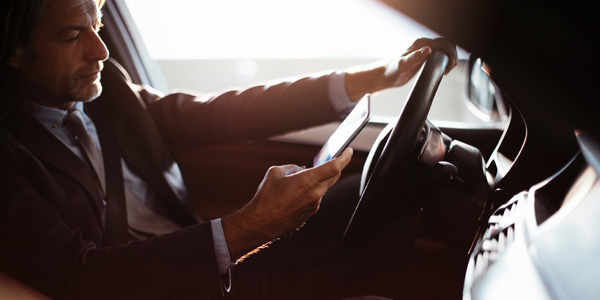 A new survey reveals that an overwhelming majority of people believe that distracted driving is a concern, but some continue to multitask while behind the wheel.

A new survey reveals that an overwhelming majority of people believe that distracted driving is a concern, but some continue to multitask while behind the wheel.

The findings come from the Travelers Companies’ 2018 Travelers Risk Index, which focuses on distracted driving and perception of risks among drivers and passengers.

Consistent with previous years, 85 percent of survey respondents said it is extremely risky to use smartphones or tablets while driving, yet nearly a quarter of respondents said they do it.

Twenty-five percent of respondents said they multitask when driving because they think they can do so safely.

“These survey results are very telling,” said Joan Woodward, executive vice president, public policy, and president of the Travelers Institute. “There’s clearly a disconnect between drivers’ perception of what is safe and the reality of what is happening on our roads. Lives are being lost to distracted driving–related collisions, and we created the ‘Every Second Matters’ initiative to help change perceptions about this problem so people start taking it seriously.”

When the Travelers Risk Index findings are compared with data from TrueMotion’s smartphone telematics apps that monitor driving behaviors, including distraction, the results show that nearly 40 percent of drivers are distracted for an average of 15 minutes per hour driven. This further demonstrates the misperceptions about distracted driving.

“The first step to changing behaviors is being aware of them,” TrueMotion CEO Ted Gramer said. “The Travelers Risk Index highlights that drivers are categorizing distraction as ‘someone else’s problem’ when they are the ones who are actually engaging in highly risky behavior. Awareness programs like Every Second Matters and digital programs designed to reward safe driving, powered by smartphone telematics platforms like TrueMotion, are critically important, as they take a proactive approach to curbing this deadly epidemic.”

The Travelers Institute shared select findings from the Risk Index during its April 2 Every Second Matters symposium at the University of Colorado Denver.

“Distracted driving is involved in an average of 40 crashes every day in Colorado, and in 2016, those crashes resulted in 67 deaths,” said Sam Cole, traffic safety communications manager for the Colorado Department of Transportation (CDOT). “Initiatives such as Travelers’ Every Second Matters series and CDOT’s ‘Drop the Distraction’ campaign help raise awareness about the dangers of taking your eyes off the road, with the goal of improving safety.”

Motorists Know Distracted Driving Is Risky But They Still Do It, Survey Finds

I-CAR Debuts 2020 Year in Review
Connect with us