NAPA/Martin Senour Provided Something for All at 2015 SEMA 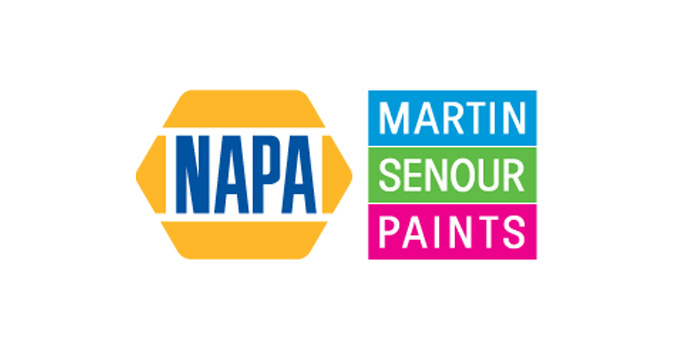 The 1949 Buick is Carlson’s third SEMA Show vehicle in the NAPA/Martin Senour booth. It was chopped 3 1/2 inches in front and eight inches at the rear of the deck lid. The car featured unique shaved door handles and custom items like its inner fenders, core support, dash, floor and firewall. There was a TCI Mustang II front end and four-link rear with a Curry differential, a pancaked and pie-cut hood, rear fenders molded to the quarter panels, and its front and rear bumper were even sucked in.

This build featured a modified OEM tri-stage, complete with a unique midcoat, painted in the Vortex premium waterborne refinish system. It had a full 2000 Corvette chassis with a 500 hp lq4 engine. “The Bird’s” frame, floor work, interior, trunk, engine bay, head tunnels, and front and rear fascias were all hand-formed steel. The body was widened three inches and functional brake cooling scoops were built. The car was just shy of 18 feet long and about 3.5 feet tall. It had a custom, three-stage paint job with a rally stripe wrapping everything inside and outside of the car. It also had a fully polished stainless exhaust system.