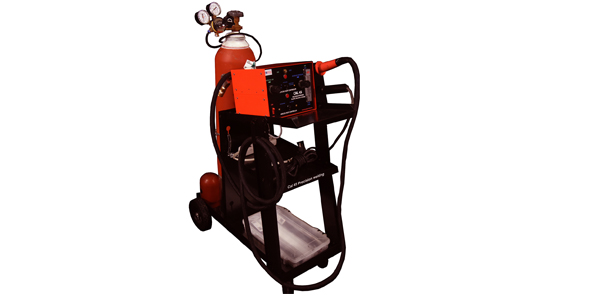 Jim Jordan, a veteran innovator, has announced a new welding system based on the Colt .45 side arm he carried as a U.S. Marine Corps Pilot.

Jim Jordan, a veteran innovator, has announced a new welding system based on the Colt .45 side arm he carried as a U.S. Marine Corps Pilot. Featuring just a few parts, the Colt .45 was simple,  plus it was powerful with proven reliability. Jordan used the same principals to design and launch the Cal .45 plastic welder after selling and training for several major systems that he felt were overpriced and overbuilt.

Cal .45 offers significant advantages, including affordable pricing. Components, about seven in all, are solid state and UL approved. The Cal .45 is smaller, with several nitrogen supply options and on-board compressed air. Components like the torch and cable are “plug and play,” designed along aircraft-approved standards. Parts can be overnighted and replaced in a few minutes on site. According to Jordan, failures are extremely rare, however the Cal .45 is backed by a three-year warranty exchange policy. Liberal pricing offers a faster return on investment, and shops can benefit with added profits from plastic repairs.

For more information, visit www.cal45us.com. Cal.45 is veteran-owned and is made entirely in the U.S. from U.S.-sourced components.

Advertisement
In this article:plastic welding