PPG-Painted Cars and Trucks Shine at Shades of the Past 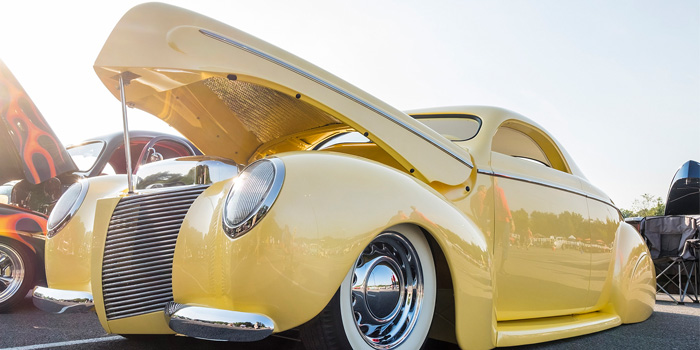 It was his 1955 Ford pickup that garnered Top 25 honors for Dustin Foust, owner of Classic Restorations of Southern Indiana LLC in Floyds Knobs, Ind. Foust acquired the truck when he was just 13. He worked on it little by little and, 17 years later, had a truck worthy of elite status in the custom builder world. Foust used PPG’s Deltron coatings including DP40LF Epoxy Primer, K36 PRIMA Acrylic Urethane Primer Surfacer and DCC9300 Concept Acrylic Urethane Single-stage Gloss Black to give the Ford its gleaming black finish.

The Shades of the Past show, now in its 34th year, includes hot rods, street rods, classics and customs up to 1972. Many of the vehicles are original, well-preserved models while others have been turned into customized automotive art by imaginative builders and painters. PPG is a strong supporter of the event and its participants.

To learn more about PPG, its automotive refinish products and winners from other shows, visit www.ppgrefinish.com or call (800) 647-6050.