“Gold Digger,” a 1933 Ford Phaeton sporting a gold PPG finish, has been named the winner of this year’s coveted Ridler Award. The honor, regarded as one of the most prestigious in the world of custom cars, was announced at the 58th Detroit Autorama at Cobo Hall in downtown Detroit.

The car is owned by Tammy Ray of Dahlonega, Ga., making her the first woman to win the celebrated prize.

Ray has been a hot rod and custom car enthusiast for 12 years. This was her second entry in the Ridler Award contest. In 2006, she made the cut and reached the “Great Eight” Ridler finalist competition, but missed the big prize. This time her entry was a success.

“When they announced the award, I was so excited I was literally breathless!” she said. “We worked on this car for two-and-a-half years. I own a gold mine in Georgia and I wanted the car to be really gold in color. I picked PPG paint because the builder said he likes to use it for the ease of mixing the colors to get what I want.”

“We’ve been using PPG products for almost 20 years,” said Thomas. “I knew I could get the custom finish Tammy wanted with the Vibrance Collection. It’s real user-friendly and gave us the rich color the car deserved.”

Established in 1964, the Ridler Award, officially known as the Don Ridler Memorial Award, was named after the man who turned the Detroit Autorama into the nation’s premier custom car show. The award is regarded as the ultimate recognition of custom design excellence and is presented annually at the Detroit Autorama.

The Ridler Award involves a series of sub-competitions. Cars must debut at the Detroit Autorama and be selected to compete – this year, 33 cars made the cut. From that field, eight cars are chosen as finalists – the “Great Eight” – and receive $1,000 for making it that far. The winning car is selected from the final group. The owner receives a check for $10,000 along with a special embroidered jacket and the greater prize of the Ridler Award trophy itself. 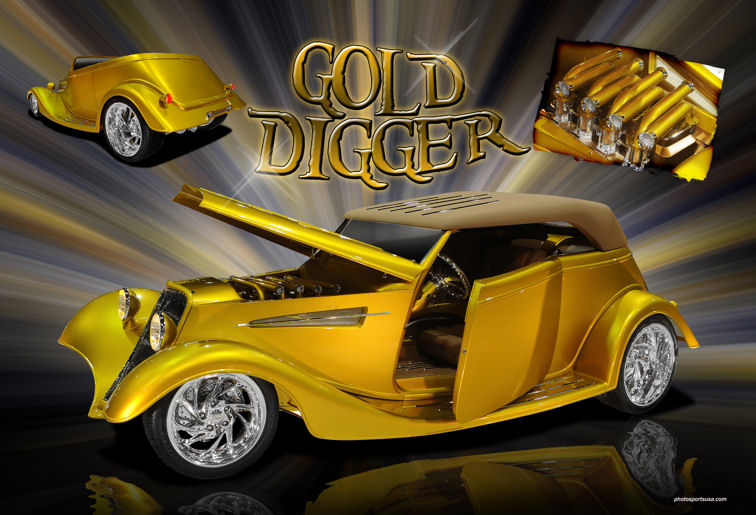