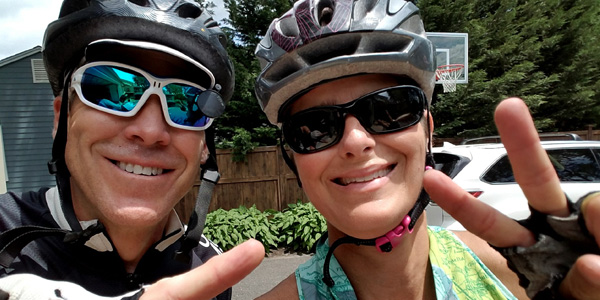 Michael Grant, owner of Collex Collision Experts in Shrewsbury, N.J., will bike across the country to raise money for multiple myeloma research.

This year, Collex Collision Experts in Shrewsbury, N.J., celebrates its 40th anniversary. While owner Michael Grant is proud of the way the business has grown since his father started it in 1977, he’s even more proud of the fact that his wife is still around to see it.

For the past 14 years, Grant’s wife, Carmen Phaneuf, has been battling multiple myeloma, a non-curable form of blood cancer. She’s endured chemotherapy, a series of stem-cell transplants and “an ungodly amount of biopsies, scans and bloodwork,” Grant explains.

Considering that multiple myeloma has one of the lowest relative five-year survival rates of any form of cancer, every day with Phaneuf is an anniversary worth celebrating.

“We’re living pretty full lives,” Grant says, adding that they’re grateful that Phaneuf has been around for all of their 13-year-old daughter Rachel’s birthdays. “But we’re not out of the woods. As a matter of fact, there is no cure, and she’s still being actively treated.”

Living with multiple myeloma is a race against time, and Grant and Phaneuf are doing everything they can to win it. In September, they’ll take part in “Road to Victories,” a cycling event that raises money for the important work of the Multiple Myeloma Research Foundation, which is organizing the ride.

Grant will be one of nine people who will cycle from Manhattan Beach, Calif., to Fairfield, Conn. – an epic journey that’s scheduled to take 50 days. Phaneuf will be with him for the first eight days of the ride, as she’ll be one of 10 people making the 546-mile bike trip from California to Flagstaff, Ariz.

“Talk about an adventure,” Grant says. “We are so psyched.” 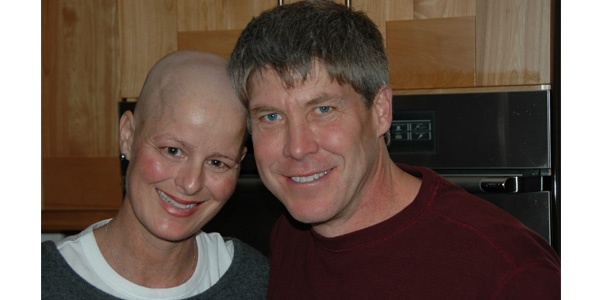 Janssen Oncology is covering the costs of the ride, which means that 100 percent of the money raised will go toward the Multiple Myeloma Research Foundation. Grant and Phaneuf have pledged to raise $50,000, and they’re more than halfway toward their goal. (To donate, visit their “Road to Victories” page.)

For Grant and Phaneuf, the foundation has been a godsend. The organization is “upbeat, positive and focused on finding a cure,” Grant says, and that provides precious hope for those who’ve been diagnosed with multiple myeloma.

“The MMRF has revolutionized both cancer research and the efficiency with which treatments are brought to market for [multiple myeloma] as well as other cancers,” Grant explains on their “Road to Victories” Web page.

Thanks to the foundation, the FDA has approved 10 new treatments for multiple myeloma, including four in the past 18 months – an unprecedented timeframe in oncology.

“These drugs have almost tripled the lifespan of myeloma patients,” Grant says on the Web page, adding that the foundation’s funding of more than 20 other potential treatments is “giving hope to tens of thousands of patients and their families.”

A Tale of Two Organizations

As Grant prepares for a two-month fundraising bike ride, he sees parallels between the Multiple Myeloma Research Foundation and his own business, Collex Collision Experts.

Both organizations are positive and mission-oriented, and both strive to be efficient. Grant notes that the Norwalk, Conn.-based Multiple Myeloma Research Foundation ranks in the top 1 percent of charities, with nearly 90 percent of its budget devoted to research, and has earned Charity Navigator’s highest four-star rating.

“It’s the tale of two organizations: One that’s helped to make our lives, and the other one that can help save my wife’s life,” Grant says.

But how does the owner of a collision repair shop take two months off for a coast-to-coast bike ride without being consumed by anxiety? In Grant’s case, he has tried to build a culture in which all employees are empowered to lead, help each other and improve processes, while maintaining a constant focus on customer satisfaction.

While the shop’s focus on process improvement has helped Collex achieve all of those outcomes and maintain high CSI scores, it also has boosted morale and minimized turnover – at a time when skilled technicians are a precious commodity.

He also notes that the shop offers a generous benefits package, including health care coverage and a basic IRA plan that the company matches dollar for dollar.

“How can an owner fairly comfortably leave for 50, 60 days?” Grant says. “The only way you do that is if you’ve been taking good care of your family – your people. It’s a win-win.”

Recently, Grant brought in a birthday cake to celebrate two employee birthdays, as is the shop’s tradition. But this was no ordinary birthday celebration. With his team all together, Grant seized the opportunity to talk about his upcoming adventure, showing them some of the bells and whistles on his bike – such as the GPS unit – and updating them on his wife’s ongoing battle with multiple myeloma.

He also thanked his team for allowing him to take such a big chunk of time away from work to participate in Road to Victories. In a race against time, there’s no greater gift than more time.

Advertisement
In this article:collision repair, Personnel

In a Race Against Time, New Jersey Body Shop Owner Gets Ready for Ride of His Life