Under the banner of his new non-profit, “Quality Cares,” Richard Henegar Jr. fixed up and redesigned a van used to transport children to and from the shelter.

Gina is a 2012 graduate of the E.W. Scripps School of Journalism at Ohio University. A resident of Akron, Ohio, she currently serves as managing editor of BodyShop Business and previously held internships with multiple consumer and B2B publications. She is a member of the Women's Industry Network. 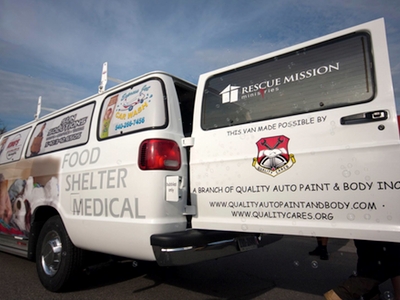 Richard Henegar Jr., better known as "Junior" to his friends and customers, first achieved fame two years ago when he fixed a Radford University student’s car free of charge after it was vandalized with homophobic and derogatory slurs. Word of his good deed became so widespread that it landed him a spot on "The Ellen DeGeneres Show" and earned an appearance from both Ellen DeGeneres and pop star Pink in one of his shop’s commercials.

But the estimator and manager of Quality Auto Paint & Body in Roanoke, Va., decided that there was still more to do in the world. After receiving such positive feedback, Henegar established his own non-profit called Quality Cares, which aims to help individuals in need through automotive repair. His first project? A revamped van for a local shelter called Rescue Mission that spews bubbles and spreads happiness wherever it travels. 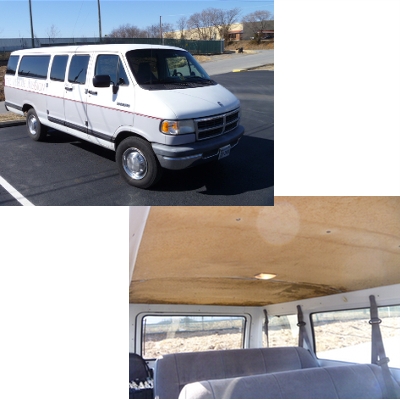 "My inspiration for the design was the kids," he said, explaining that the van transports children between the shelter and a day camp-type program. "Most of them are homeless and pretty unfortunate. I wanted to take their mind away from their daily struggles with something cool, something they’ve never seen before."

The van had endured years of wear and tear and wasn’t exactly in the greatest condition. So Henegar reached out to a friend who owns a vinyl graphic shop to see if he could help with the redesign. The two men, along with another colleague, worked to create a vinyl "animated Roanoke" design for the van’s interior, which colorfully showcases popular sights around downtown. The outside of the van now serves as a traveling billboard for Rescue Mission, showcasing shelter children holding up signs thanking local individuals and businesses who helped sponsor the project. 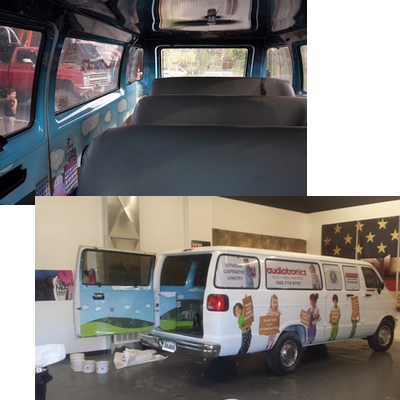 To make the van even more kid-friendly, Henegar installed a special hatch at the vehicle’s rear that reads, "Bubbles Only." Instead of opening to receive fuel, the hatch emits an outpour of bubbles, much to the children’s delight.

Under the banner of Quality Cares, Henegar’s dream project is to overhaul a school bus and use it as a platform to combat bullying, since a majority of bullying takes place on buses. "I do a lot of volunteer work for schools and speak about anti-bullying," he said. "I’d like to trick a school bus out so much that every kid would want to ride it. We’d call it the ‘Cool Bus.’ Bus drivers could keep a tally on their routes, and the route that has the most well-behaved kids will get to ride the Cool Bus for a week."

But he says that project will have to wait until he has more time and money to fund it. "I think Pink would be all over it, though," he said.

Advertisement
In this article:Charitable Causes