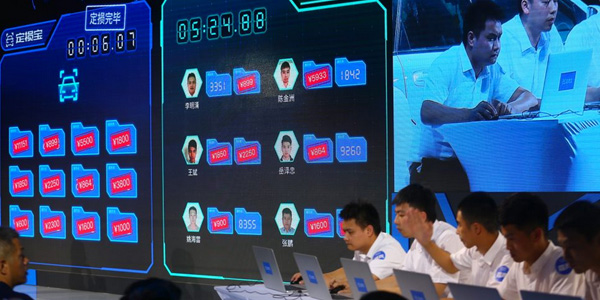 In the battle of man versus machine, the machine won. And it wasn’t even close.

In the battle of man versus machine, the machine won. And it wasn’t even close.

Here’s the value proposition, at least according to Alibaba: If you get in an accident, you don’t have to wait for a claims adjuster to arrive on the scene to assess the damage to your car. Instead, you simply take a photo with your smartphone and send it to your insurer. The Ant artificial intelligence (AI) tool would enable the insurance company to assess the extent of the damage, estimate the cost of repair and list nearby repair shops and their prices to fix the vehicle.

During a demonstration in Beijing, Ant pitted man against machine, with its algorithm squaring off against six experienced human claims adjusters in 12 separate cases.

The machine took six seconds to assess the damage and set claim amounts for the 12 cases. The human claims adjusters took six minutes and 48 seconds to reach their conclusions, according to Alibaba.

Both machine and humans judged that one of the 12 cases required further investigation.

In addition to saving insurers time and resources, the AI tool is designed to make assessment of external vehicle damage “more standardized and objective, reducing the potential for human claims adjusters on the scene to be influenced by the parties involved in the accident,” Alibaba said.

Initially, Ant is offering the AI damage-assessment system only to insurers, but plans to make the product available to car owners within a year.

Advertisement
In this article:estimating, insurance, technology