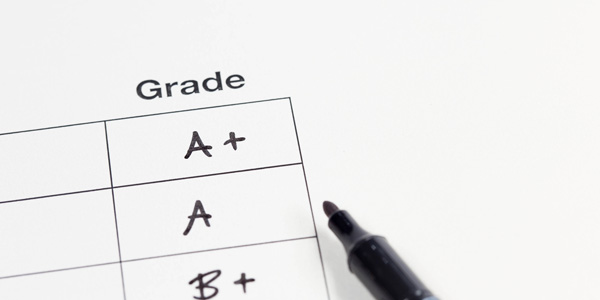 Your DRPs are grading you against your competition. So let’s turn the tables, get out our red pencils and grade the insurance companies.

Editor’s note: The author, who has chosen to stay anonymous, is the manager of an MSO in the Midwest.

Your DRPs are grading you against your competition … so let’s grade them!

Whether it’s your RPM score, your ranking among other shops in the ARX program or the Pro Shop ranking, your DRP “partners” are keeping their prices down by comparing you to the competition. For most shops, if they have one DRP, they have a few. Why don’t we start grading them?

Not all DRPs are the same. Most of us as shop owners or managers can see a difference in our gross profits. It’s time we start asking if it’s worth keeping these programs. I’ve worked for multiple shops in multiple markets with multiple DRPs. Here’s my take.

It’s shocking to think that we can give this grade to any insurance company, but there are insurers, believe it or not, that merit it. The awards go to PURE Insurance, Fireman’s Fund and Ace Private Risk. These DRPs don’t mess with your repair plan. They care about their customer. The only time they’ll call you during the repair is to check the progress so they can update their rental statuses. I’m sure there are a few other companies that deserve this grade, so I apologize for leaving you out. 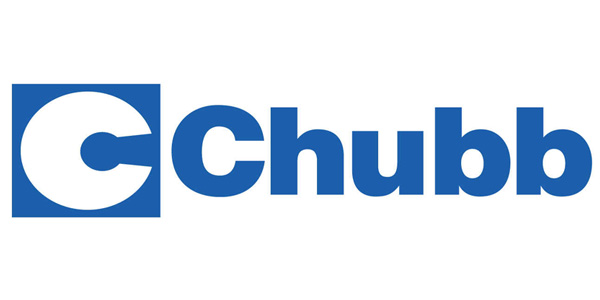 Chubb And Son. This is a great insurance company to do business with. The only reason they didn’t earn an A+ is because they try to dictate what parts you put on claimants’ vehicles. 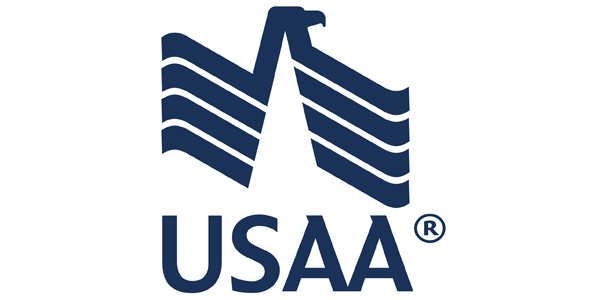 USAA. I don’t think there are any DRPs left that deserve any higher score than this. USAA gets a little bump because of their policy of only installing OE parts on vehicles 24 months and newer. That being said, they do make you take a parts discount, so I suppose to them it’s no sweat. I know the MSOs are giving 12 percent on foreign or domestic. That’s insane! What if you’re fixing a Porsche, Maserati or Tesla? You’re practically paying them for the part. Then again, I don’t think many MSO shops should be fixing any high-end vehicles in the first place, but I digress. You know what? Because of that parts discount, I’m dropping them back down to a C-. Maybe because they take care of our boys and girls in the military, we’ll leave it at a C+.

State Farm. I’ve heard a lot of complaints about State Farm from the non-DRPs, but as far as DRPs go, they’re not half bad. They allow you to charge for far more additional operations than their competition. They have some idiot in Tempe looking at your estimate and sending you hilarious change “requests.” That person clearly has no knowledge of collision repair, but the nice thing is you can just ignore those and still get paid. The other downfall is their parts-procurement system. If the collision industry was the government, then State Farm would be the executive branch and the parts-procurement system would be ObamaCare. They come up with a third-party system and force a vendor to pay them to continue to do business with their existing clients. “If you like your vendor, you can keep them” (after they kiss the ring and pay a fee). Hey wait, I’m getting upset as I type this, so I’m changing their grade to an F. 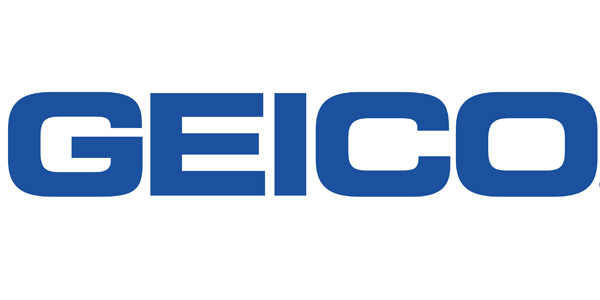 GEICO ARX. Some of you might be shocked to see them with as high of a grade as a D+. In my experience at multiple GEICO locations, they’re actually much fairer than most; you just need to ask! You can get paid for that material, you can get full refinish, weld zone repair time and all that jazz, but you need to have a friendly conversation and ask. Show them the cost of your materials and the operations involved and educate them on the P-pages. If your supervisor doesn’t approve, go above his head.   If he says no, keep going. You’re not doing anything wrong. You deserve to get paid, and they’ll pay you. Their goals of $1,800 and 3.5 days are unachievable unless you’re an MSO and are “load-leveling” big hits, all while your adjuster is cheating the numbers. Those goals actually are comical. Over the past 10 years, or even three years, vehicles have gotten so complicated that a new bumper and headlamp will cost $3,000 to repair. Why aren’t they updating the goals accordingly? When will these insurance companies realize you cannot control severity unless you perform improper repairs?

Liberty Mutual. These guys are OK but are not much different than GEICO. Depending on your market, they care a lot about quality. That irks me when they say that, however, because they want to dictate what parts you put on the vehicle. I remember discussing certain parts with an inside adjuster, telling him I did not want to use them anymore because there wasn’t ONE good one. His response, of course, was, “I get no complaints from other shops on our program.” My response should have been, “My other DRPs don’t make me use them.” Actually, these guys are terrible. I’ll give them an F, and you might want to throw them out of your shop. I just remembered a few other bad experiences that I won’t elaborate on. Luckily for us, they don’t have a very big market share. 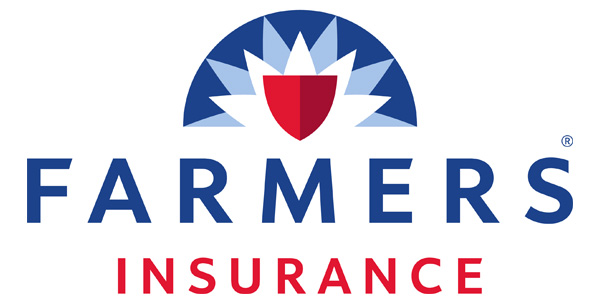 Farmers. The only reason these guys don’t get an F is because some of the inside adjusters actually do care about their customer. Otherwise, they want to dictate what parts you install on a vehicle. They say for bumper covers and headlamps that’s not a big deal because they’re not safety components. It’s not like they do it for an impact bar. Those do have to be NSF, thank God. Enter Todd Tracy. They do pay for very few additional operations, and they always make you answer the bumper prompt overlap question in Motor as “no,” effectively robbing your blue-collar painter trying to feed his family thousands of dollars a year (depending on how much Farmers work you do) and you of materials. 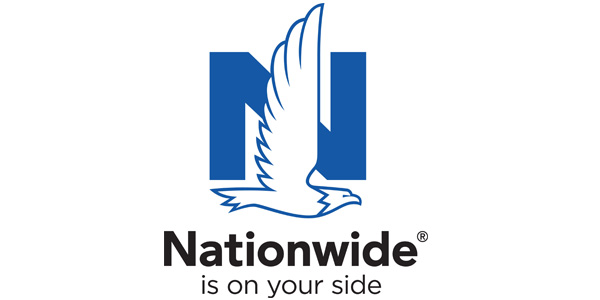 Nationwide. They are not on your side. They do not let you charge for virtually any additional operations and will suspend you from their program for the smallest infractions. In the one market, they wouldn’t allow for clear wrap. But it’s OK if the vehicle is brand new; you can call to get approval. Their argument is that PPG or any paint vendor will warranty it if it fails. Well let me tell you right now, it will fail and no, the paint manufacturer doesn’t warranty it, as they call that an improper refinish procedure. When are these companies going to learn that they need us as much as we need them? 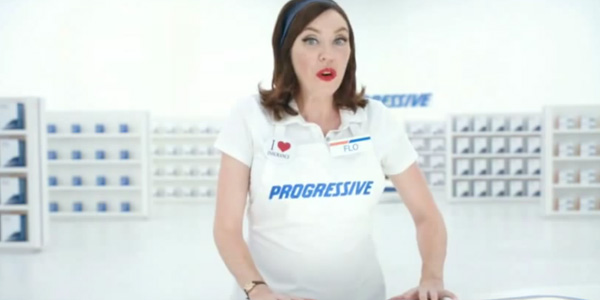 Progressive. This really isn’t a DRP. They have an adjuster on site writing the estimate. They will not let you touch the vehicle until the adjuster gets his pictures and writes all over the vehicle; then you have to wash it all off so you can map it properly. Then, they judge you if the estimate isn’t locked in two hours. What if the adjuster is at lunch or off for the day? The vehicle just sits there. This program essentially is free office space for a Progressive adjuster to look at as many vehicles as possible, all while controlling the cost. They pay for no additional operations or materials. It’s brutal. 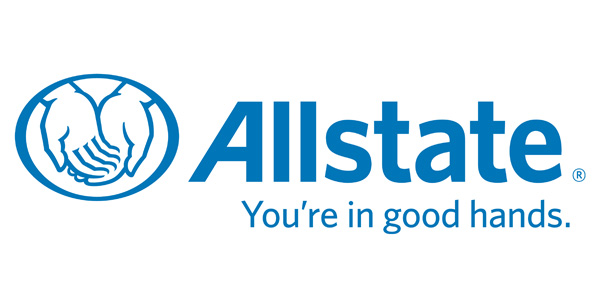 Allstate. I could write about these guys for days. They demand so much of your shop. You can get an Allstate pre-written sheet and convert it to an assignment, do a supplement and pass a desk review, then have a reinspector come out and OK it and, after all that, the boss comes in. He asks why you didn’t use this bumper assembly from some junkyard in Farmington 300 miles away. Now the vehicle is in reassembly and the guy actually has the audacity to make you change your estimate? It’s insane. The intrusion these people have in our shops is crazy. I wonder when they’ll realize how they hurt the one thing we can control – cycle time – by forcing us to use vendors we don’t know? Actually, I wonder when they’ll realize they can easily get rid of three of the four foot soldiers that have to come in and knock down your estimate by $50 to justify their salary, insurance, vehicle, gas, etc., and they’ll actually save money. These people have declared war on their own Pro Shops. It’s not a partnership, it’s a dictatorship.

I know I don’t have everybody on this list, but these are the insurers I know best. There are a lot of good shops out there that are DRP shops. Some people may say you’re a traitor, but I say do what you have to do. Just make sure you’re always doing the right thing, and don’t be afraid to stand up for yourself!

DRPs from A to F: Grading the Insurance Companies