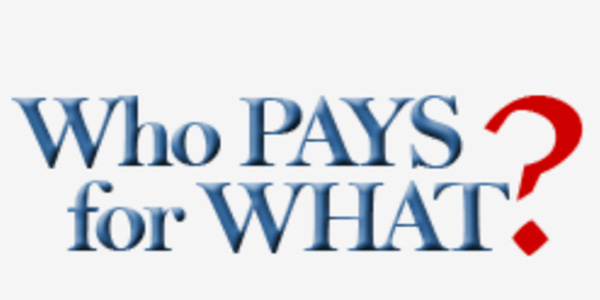 A “Who Pays for What?” survey earlier this year found that nearly two-thirds of shops (65%) are regularly paid for “R+R+I” of components on used/salvage assemblies, yet nearly 1 in 10 shops have never billed for it.

A “Who Pays for What?” survey earlier this year found that nearly two-thirds of shops (65%) are regularly paid for “R+R+I” of components on used/salvage assemblies, yet nearly 1 in 10 shops have never billed for it.

Mike Anderson of Collision Advice, who conducts the quarterly “Who Pays for What?” surveys with CRASH Network, defines “R+R+I” as the labor to remove, for example, the door handle from both the vehicle being repaired and the salvage assembly, then install the door handle on the replacement salvage assembly ­– so two removals (“R”) and one install (“I”).

“The April survey asked how often the eight largest national insurers pay for this procedure when it is necessary and is done, and 65% of the shops that took the survey said they are paid ‘all the time’ or ‘most of the time,’” Anderson said. “That’s up from just 57% back when we first did that survey in 2016.”

The April survey focused on “not-included” body labor procedures. The current survey, which runs through the end of July, asks about two dozen “not-included” frame and mechanical labor operations.

“Participating in the surveys can be a reminder of this sort of ‘not-included’ procedures your shop is doing, and the survey reports include resources and ideas on how to better negotiate to be paid for those procedures,” said Anderson.

Shops can take the current survey, which will take 15-25 minutes, here.

Each shop’s individual responses are held in the strictest confidence; only aggregated data is released.

Advertisement
In this article:not-included procedures, Who Pays for What

Survey: Growing Percentage of Shops Billing and Being Paid for "R+R+I"