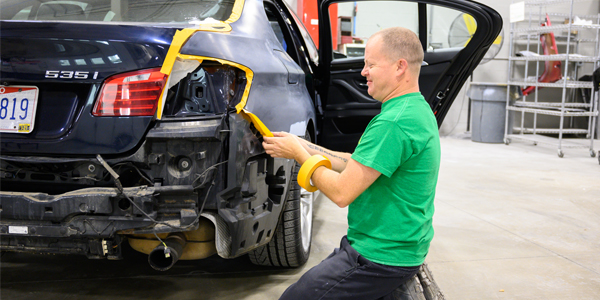 Five years after the first “Who Pays for What?” survey, almost twice as many shops report regularly being paid for the labor to mask vehicles during the priming process, a “not-included” operation in the estimating guides.

“Regular participation in these surveys really can serve as a great reminder to estimators and managers about which ‘not-included’ repair procedures you may be missing on your estimates, and just how many other shops are being paid for them on a regular basis,” said Mike Anderson of Collision Advice.

Anderson, whose company conducts the surveys in conjunction with CRASH Network, said in 2015 that just 24 percent of shops that billed for masking for prime – when it was required and performed as part of the repair – said they were paid for it most or all of the time by the eight largest insurers, although more than half of shops believed those same insurers never pay for this procedure.

But in the same survey earlier this year, only one in three shops (a 20-percentage point improvement) said those insurers never pay for that procedure, while 45% of shops report being paid “always” or “most of the time,” nearly double the percentage from five years ago.

In addition, the 2020 survey showed that only one in four shops say they had never thought to bill for this procedure, compared to one in three back in 2015.

“I am really encouraged when I see improvement like this over time,” Anderson said.

Anderson said the latest “Who Pays for What?” survey, which focuses on “not-included” frame and mechanical labor operations, is open until the end of July. To take the survey, click here.

Anderson said the survey, which will take about 15 to 25 minutes, can be completed by anyone in a shop familiar with the shop’s billing practices and the payment practices of at least some of the largest national insurers. Each shop’s individual responses are held in the strictest confidence; only aggregated data is released.