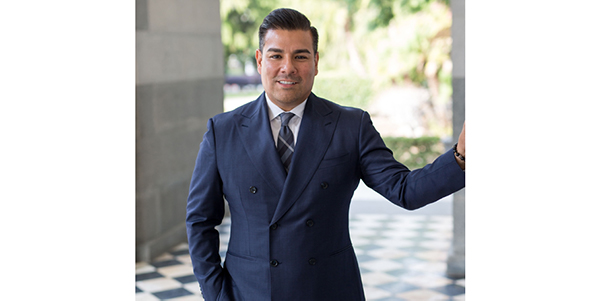 California Insurance Commissioner Ricardo Lara has apologized to the state after breaking his campaign pledge to refuse contributions from the insurance industry.

The turnaround came after The San Diego Union-Tribune disclosed the political donations and a Los Angeles public-interest advocacy group, Consumer Watchdog, called on the insurance commissioner to return the donations, according to the article.

The Union-Tribune reported that Lara set up a re-election campaign committee shortly after becoming the state’s eighth elected insurance commissioner and quickly accepted more than $54,000 in donations from insurance industry executives and their spouses, according to the article.

Lara, who promised during his 2018 campaign that he would not solicit or accept campaign donations from people he would regulate, declined to explain the contributions discovered by the Union-Tribune during the newspaper’s review of his election filings, according to the article.

Previous California insurance commissioners have traditionally shied away from accepting political contributions from insurance executives to avoid the appearance of conflicts of interest, according to the article.

In response to the reports, Lara issued a statement saying he hoped voters would evaluate his performance as the California Department of Insurance commissioner, a position that oversees more than $310 billion in homeowner, workers’ compensation and other policies every year, according to the article.

The statement also said Lara would no longer serve as his own campaign treasurer — a job that traditionally calls for vetting donors to make sure they do not have business pending before the regulatory body, according to the article.

The full statement is as follows:

I have dedicated my entire professional life to the cause of public service, guided by a steadfast belief in government for the people, equality for all, and injustice for none. I am proud of the record we have built together to provide a brighter, safer, healthier and fairer future for millions of Californians.

I believe effective public service demands constant adherence to the highest ethical standards. But during my campaign and first six months in office, my campaign operation scheduled meetings and solicited campaign contributions that did not fall in line with commitments I made to refuse contributions from the insurance industry. I take full responsibility for that and am deeply sorry.

Upon learning of these issues, I ordered an immediate return of insurance industry-connected contributions and an internal review of our vetting procedures. I also terminated my longtime contractual relationship with the fundraising personnel involved.

Even though no laws or rules were broken – and these interactions did not affect nor influence my official actions in any way – I must hold myself to a higher standard. I can and will do better. These failures are not consistent with my personal values nor my long career in public service.

I am therefore adopting the following reforms, effective immediately:

• I am implementing rigorous vetting protocols and am retaining experts to develop new processes for the screening and reporting of all outside political activity – to ensure greater transparency and no direct connection to the insurance industry or department-regulated entities – consistent with best practices.

• I am placing a strict moratorium on all fundraising activity for my re-election campaign until at least the end of this calendar year, while these new processes are being implemented.

• I am ordering regular public release of my official calendar of meetings with external stakeholders.

As I look ahead, it is clear to me that California consumers have significant challenges from the rising toll of wildfires and climate change. In recent weeks, I have met with hundreds of those affected by insurance non-renewals across the state due to wildfire risk, witnessing first-hand people’s desperation when they cannot obtain and keep affordable insurance. I am working with state and local policymakers to protect communities from a downward spiral of falling home values and declining property taxes that support local services. And California is now the first state to work with the United Nations on a roadmap to climate-sustainable insurance.

I am more committed than ever to defending California’s consumers – the people who I have fought for during my entire career. I will work with you to fight unlawful insurance schemes, protect Proposition 103 and consumer privacy, help survivors of devastating wildfires with their insurance claims and non-renewals, and defend the Affordable Care Act to make sure all Californians have fair access to affordable health care.

I look forward to the work ahead, and renew my commitment to hold myself to the highest ethical standards as your state insurance commissioner.