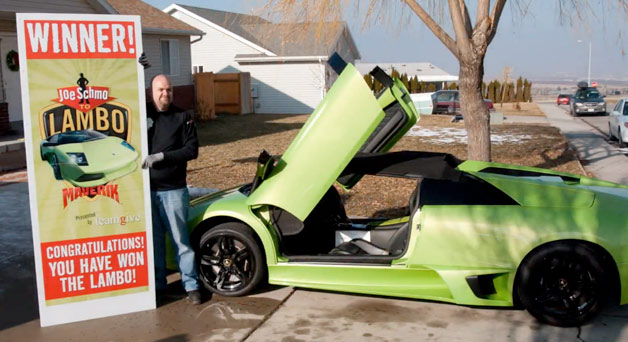 You can put Joe Schmo in a Lamborghini, but… Well, you can probably guess what happens next. If not, just ask David Dopp of Santaquin, Utah, the winner of the "Joe Schmo to Lambo" contest sponsored by Maverik gas stations and teamgive.org.

Autoblog reports that Dopp, a Frito-Lay truck driver by trade, was presented with a neon green Lamborghini Murciélago LP640 Roadster on Dec. 17. He spent the afternoon joyriding around his neighborhood, giving lifts to his friends, but the fun didn’t last for long. Less than six hours after taking possession of the 640-hp supercar, Dopp hopped a curb and spun into an embankment 75 feet from the road, according to Autoblog. Luckily, nobody was injured.

No estimate of the damage was available, but Dopp said he was fully insured.


See a video of Dopp’s car pre-crash at Autoblog