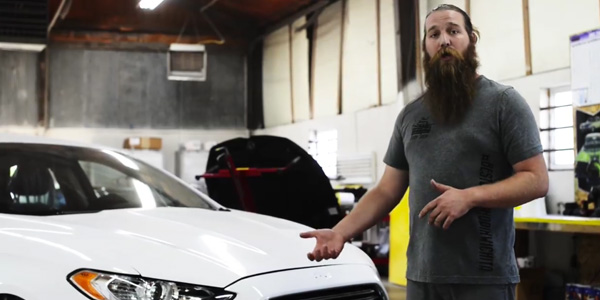 Some three weeks and 68,000 views later, Clay Hoberecht has posted a follow-up video that has a happy ending.

Tired of fighting insurance adjusters, Hoberecht decided to repair the vehicle to the insurer’s specifications. Then he made a Facebook video to show the results. Some three weeks and 68,000 views later, Hoberecht has posted a follow-up video that has a happy ending.

In the Oct. 27 video, Hoberecht presents the Ford Fusion – repaired with OEM parts – to the vehicle owner, Meril Slieter. 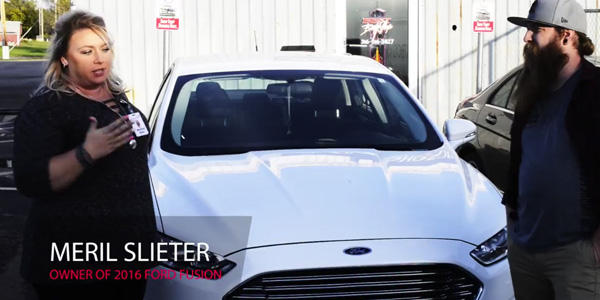 “Meril, I just want to thank you from the bottom of my heart for trusting us, Best Body Shop, to bring your car back to pre-collision condition,” Hoberecht says to her in the video. “I’m proud to say that everything is brought back to OEM specification.”

The video also features a brief interview with David Cowan, owner of Wreck Check, a post-repair inspection service. Cowan tells Hoberecht that the repair looks great, although he recommends a few additional tweaks before returning the car to the customer.

Hoberecht’s first video hit a nerve with collision repairers, as it touched on two sensitive subjects: aftermarket vs. OEM parts, and insurer-driven repairs. In the follow-up video, he reiterates why, in this case, aftermarket parts weren’t appropriate for Slieter’s 2016 Ford Fusion.

“We wanted to prove [Farmers] wrong … that the aftermarket parts would not work, so we did exactly what they said,” Hoberecht explains. “We ordered every single part from the vendor that they wanted us to order it from. We painted them and put everything together, and as you can see, it is an absolute mess.” 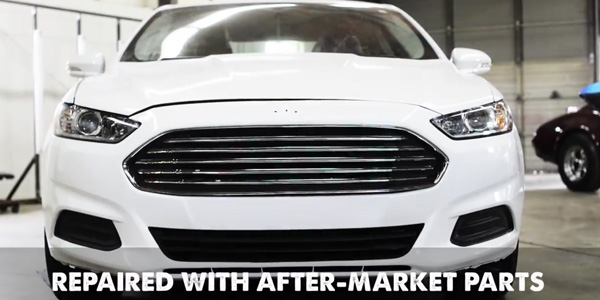 In a previous interview with BodyShop Business, Hoberecht said Farmers changed its tune after he posted the video. But even though the insurer decided to reimburse the shop for using OEM parts, Hoberecht sees the saga as a prime example of how the system is broken.

“The industry norm is we have forgotten who we work for,” Hoberecht says in the follow-up video. “We at Best Body Shop work for the consumer and the consumer only.”

Advertisement
In this article:farmers insurance, insurance