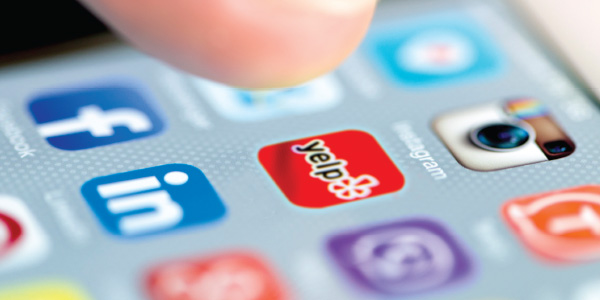 In the November 2017 issue of BodyShop Business, I alerted you to the fact that Yelp – like them or not – is too big and important to ignore. I also announced we were conducting a pilot test to see whether becoming a sponsor with Yelp would provide a return on investment for a body shop. We’ve conducted that pilot, and you’ll find the results to be of value in making your own decisions. More on that later.

First, let me recap why we conducted this pilot in the first place.

Yelp Is a Big Deal

Yelp is a much bigger factor in online visibility than most people realize. Recapping what I shared with you in November, Yelp:

To Pay Yelp or Not to Pay Yelp

Up till now, it has always been my recommendation that most body shops are best served by claiming their FREE Yelp listing (known as a “basic” listing), branding it, monitoring it and NOT paying for it. What caught my interest is that Yelp is now offering MSOs (10+ locations) and single locations through certified agencies special pricing for “Enhanced” listings and sponsored ads. Yelp claims their call-to-action button increases traffic and customer leads by more than 50 percent, but that’s not what we saw in our pilot with a Midwest MSO that has 17 locations. We saw no increase at all.

In partnership with my company, Optima Automotive, our MSO partner ran a $3,000 Yelp pilot in November. While there was an uptick of overall views of their Yelp pages in November compared to the previous year and the previous 12 Januarys, the referral source tracking by the shops showed no increase in actual cars to fix attributed to these enhanced Yelp listings.

Total customer leads were down as well and have been most of the year, so a down market is a factor to take into consideration. However, one would have hoped that allocating $3,000 to attempt to turn this around would pay off. It didn’t.

Yelp’s response to this poor showing was that a 30-day trial wasn’t enough time to truly dial things in. Why didn’t they mention that before the trial? In addition, Yelp applied the ad money to only one location rather than spreading it around to at least a few more locations to give us an idea of how well their sponsored ads work in different markets. And, the biggest shocker of all was that Yelp didn’t spend the entire $3,000 that was allocated for the ads. Fail! Every time we talked with Yelp reps, we heard a different story or excuse. Things might be different in your market, but this test earned an F.

The results were disappointing at best, and the MSO doesn’t plan to continue with the sponsored ads. Importantly, however, they do plan to keep the Enhanced Listing profiles because of the value they see in this option offered by Yelp, which I describe below.

There are many benefits to having an Enhanced Yelp listing, including:

My Recommendation on Yelp

Given the failed pilot with our Midwest MSO, my opinion hasn’t changed: Claim your free Yelp listing, brand it, fill in all the information you can and manage your reviews. Taking out paid ads didn’t work. I wouldn’t pay for Yelp ads if I owned a shop. Given some of the positive benefits of an “Enhanced” listing, you may wish to consider this option. The cost is currently under $80 a month. Take all this into consideration the next time an aggressive Yelp sales rep comes calling!